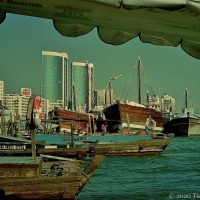 These few massive stones are all that remains of a 5,500 year old chambered tomb. Originally it extended some 120 feet (36 metres), the whole structure covered by an earth mound. It must have looked spectacular, dominating the uplands above Cardigan Bay. When I took this photo I was also taken with the rather searching stance of the man at the fence. I spoke to him later. He told me he had been so keen to reach the monument after parking his car, he had dived across the nearest farm field instead of discovering the official footpath, and thus found himself on the wrong side of a barbed wire fence. He was trying to see if he could climb over. We both decided it looked too risky. And then he told me about his awe-inspiring visit to the Great Pyramid. A man clearly much moved by ancient places.

For more photos: Scenes from the realms of ancestors 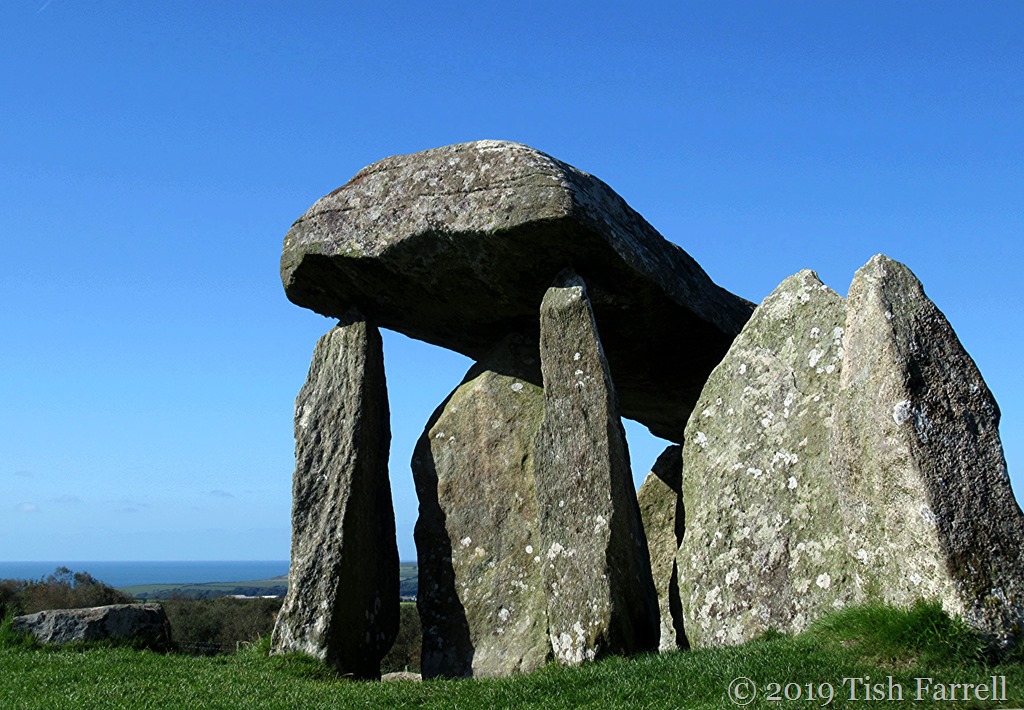 Two thousand years ago the people who lived within the mountain hillfort of Carn Ingli (seen here in the distance) would have looked down on this 5,500 year-old chambered tomb of Pentre Ifan. Back then, the Neolithic burial cairn was probably mostly intact, still covered with an earth mound and extending some 120 feet (36 metres). Over the centuries most of the stones have been removed, most likely for wall and house building; only the most immovable stones remain. The capstone is reckoned to weigh 16 tonnes and is supported on the tips of three larger-than-man-size stones.

However you think about it, this tomb is an extraordinary feat of construction by people who only had tools made of stone, wood and bone. In the next photo I have included men (near and far) to give some sense of scale – height and original tomb length. The burial place, probably used for successive interments and not only for one individual, is also in sight of the sea, the harbour inlet at Parrog, Newport, which may well have been used by trading boat as far back as the Neolithic.

I’m wondering what the ancestors would think of us now: the age when folly and ignorance finally ‘triumphed’ over wisdom? 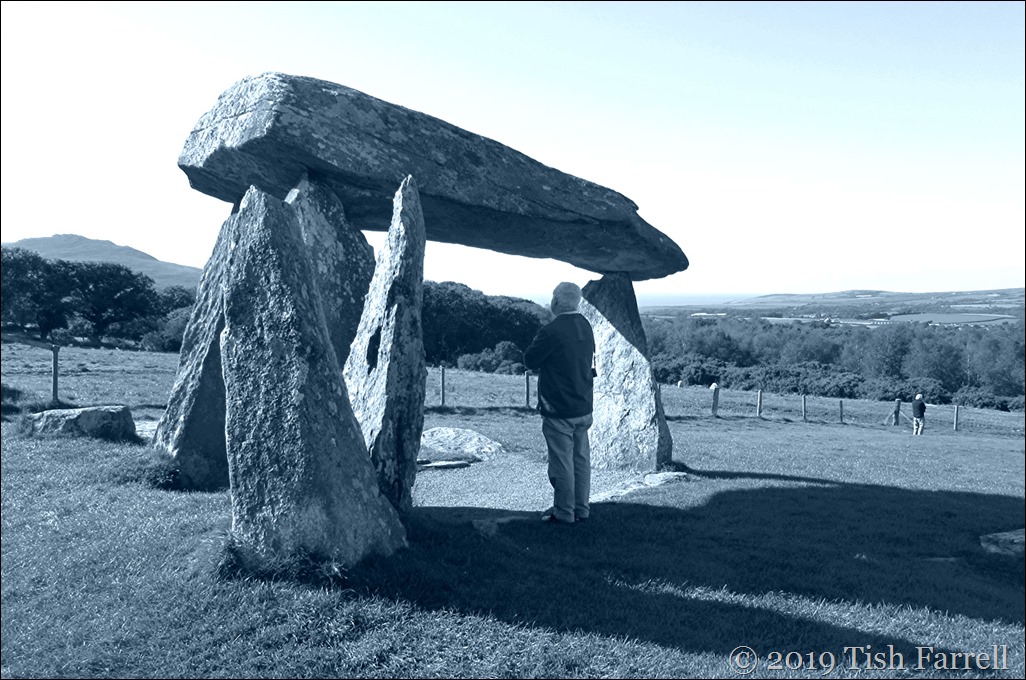