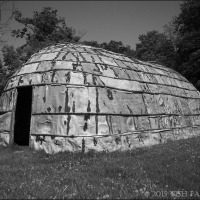 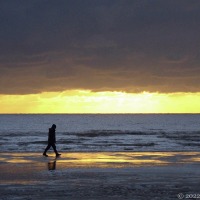 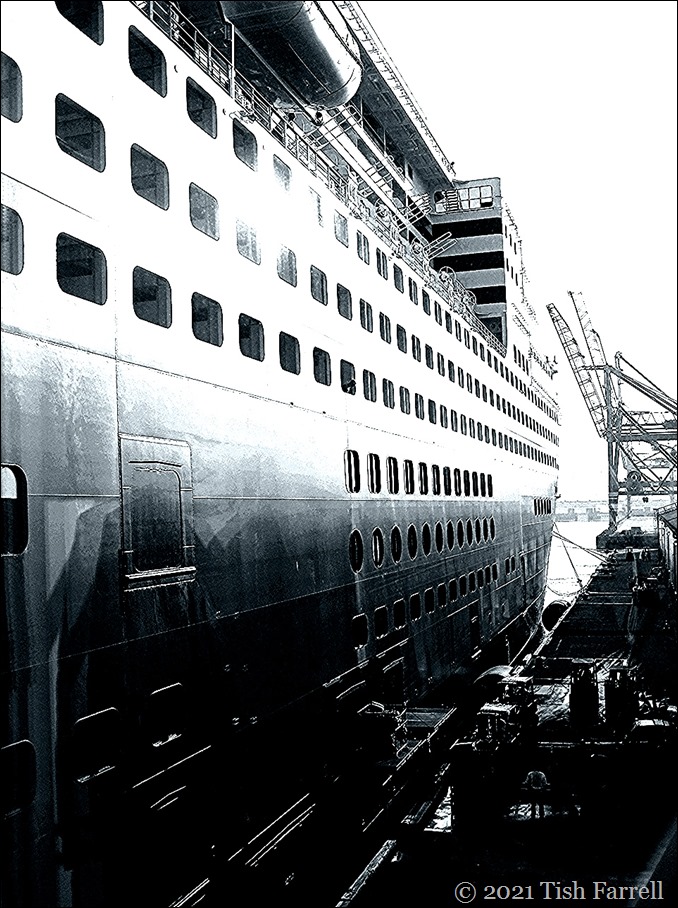 This week Cee wants to see black & white subjects  ‘bigger than a bread box’. And since ‘bigger’ some how prompted notions of New York, I thought I’d opt for the more extreme end of large with these shots of the Queen Mary II.

Doesn’t time just fly. I can’t believe that it’s nearly eight years since we sailed into New York on Queen Mary 2, star of the Cunard fleet. The Atlantic crossing takes seven nights, and seasoned Cunarders will be quick to tell you that this voyage is a crossing (The Crossing in fact) not a cruise. We docked at dawn in Brooklyn after a long and majestic glide up the Hudson River. The Statue of Liberty glowed through the mist. It was May, and a heat wave was brewing.

Over Brooklyn and the dockside cranes a huge red sun was rising. It gave a surreal glow to the instantly recognisable (to us that is) corporate blue and yellow of the new IKEA store (America’s first if I remember rightly). It was set to open the following month, and we later noticed much associated fanfare on bill boards around the city. Free sofa cushions came into it somewhere. I also remember feeling a bit offended that I’d been at sea a week, all pent up for the grand sail-by of the Statue of Liberty and that first stunning glimpse of the Manhattan skyline, only to have this bland blue furniture shed be the next landmark imprinted on my mental landscape.

They should definitely move it.

Anyway, for those visiting NYC by plane rather than ship, you can have the grand ‘sailing into New York’ moment for free, and thus as  many times as you like, on the Staten Island Ferry. Pick your moment for the best shots. Sunset would be good.