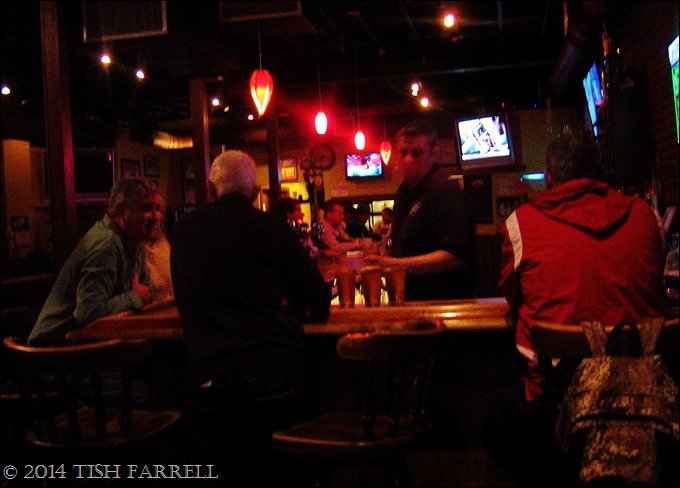 We had left Maine in late September sunshine, heading for Boston on the last leg of our journey before returning to the UK. We arrived mid-afternoon after mooching around Portsmouth. The sun lasted long enough for a fine view of Jamaica Pond, and then the rain moved in. By supper time it was cold and dreary and we did not feel like walking far from our B & B. We wandered a couple of blocks up and down Centre Street, looking for somewhere to eat. Nowhere beckoned, but at least the red glow of Costello’s sports bar looked welcoming. And it was welcoming. A query about the best brew on offer very quickly led to this: 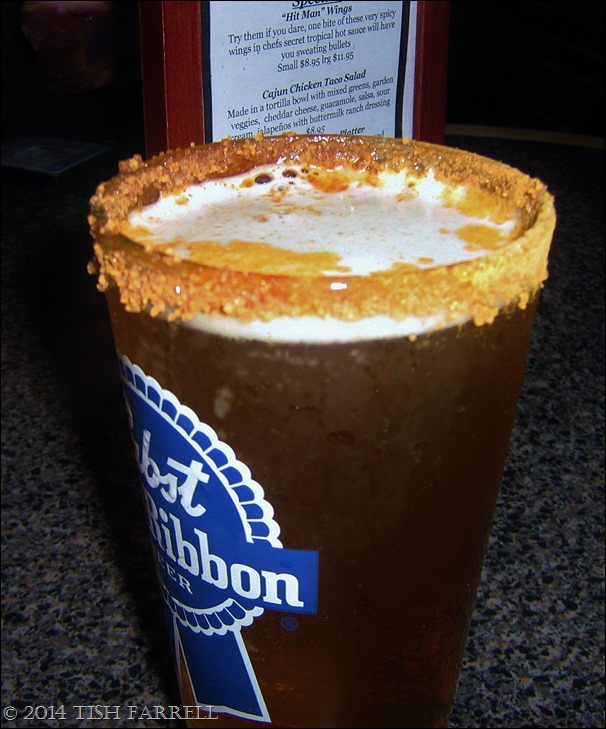 DA-DAAH! A round of applause for Shipyard Pumpkinhead Ale.

I have to tell you that this was a whole-body experience. The rim of the glass came coated in caramel, sugar and cinnamon, which then proceeded to dribble down the sides. And all over our hands, which then required clean-up trips to the rest-room. But never mind. The ale was delicious, and required further sampling, and more de-sticking, and finger-licking. To hell with it. Who needs supper.

I now discover that this ale was created first in 2002, and that the Shipyard Brewing Company had its beginnings in Kennebunkport Harbor ME. In 1992 entrepreneur Fred Forsley joined forces with English master brewer, Alan Pugsley and started Federal Jack’s Restaurant & Brew Pub. This was the birthplace of Shipyard ales, but so popular were their English and seasonal ales, they soon had to move production to bigger premises in Portland ME.

The other thing you need to know is that Pumpkinhead Ale is strictly seasonal, and only available between August and November. So get yours now. It is described as “a crisp and refreshing wheat ale with delightful aromatics and subtle spiced flavor”.

I’ll second that, or even third it. But just to finish off, and continue in the seasonal vein  (since autumn has definitely come to England a month early), this last photo was taken at a farm shop just outside Kennebunkport. It’s the sort of quite understandable confusion that might arise after a beer or two. Chin-chin! 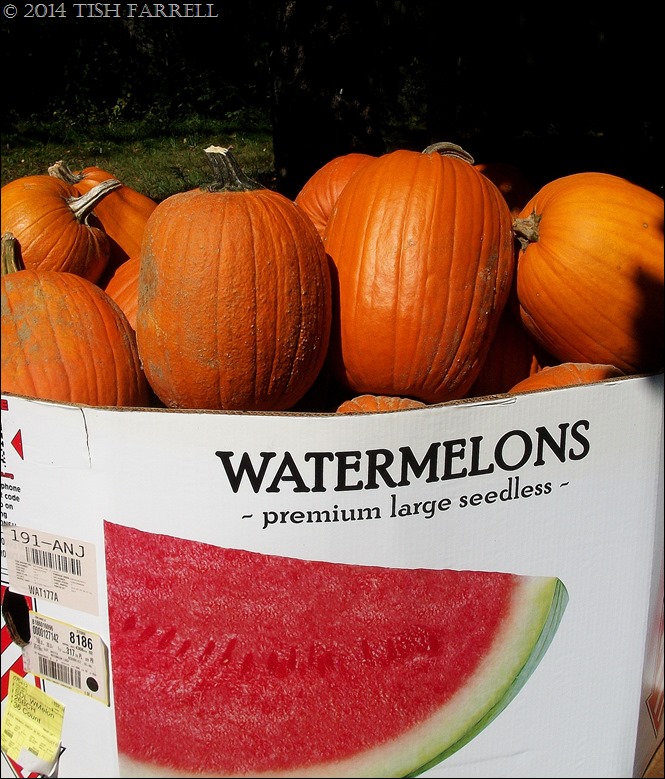 I read somewhere that most Americans, when asked, said they would like to live in Maine. I’m not surprised. This time last year we were setting off there with high hopes. We were not disappointed.  Our American cousins had given us the use of their magical beach house in Ocean Park, Old Orchard Beach. Later we would go to their farm in Richmond where they keep alpacas. So here’s a tribute to colourful Maine, and big thank you to Jan and Craig Wanggaard. 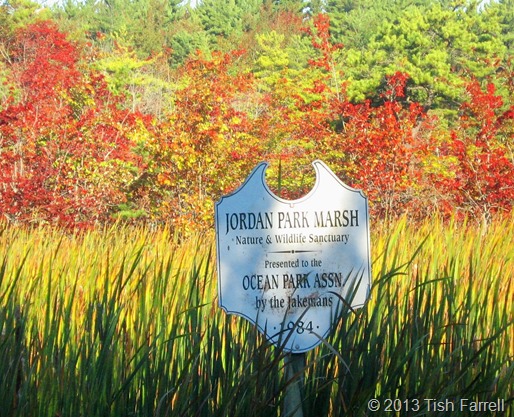 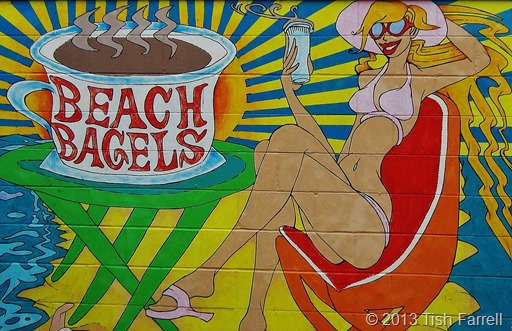 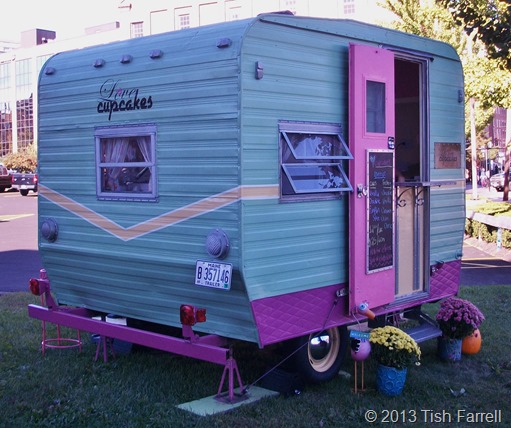 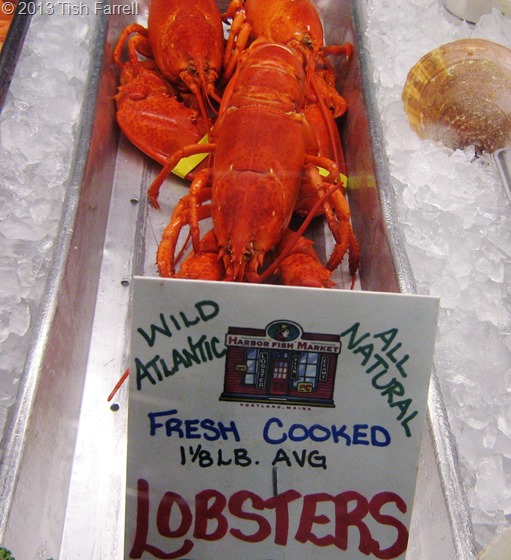 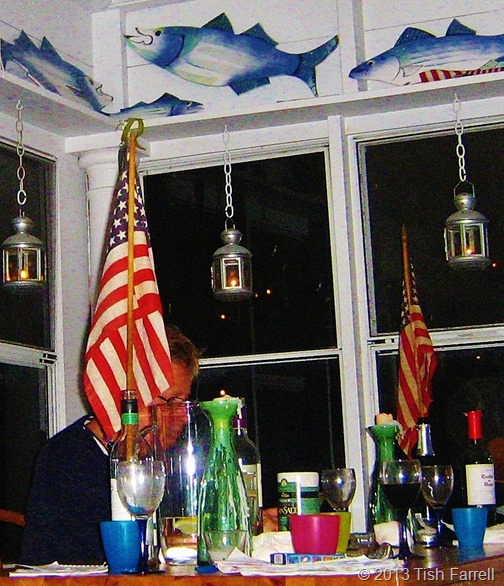 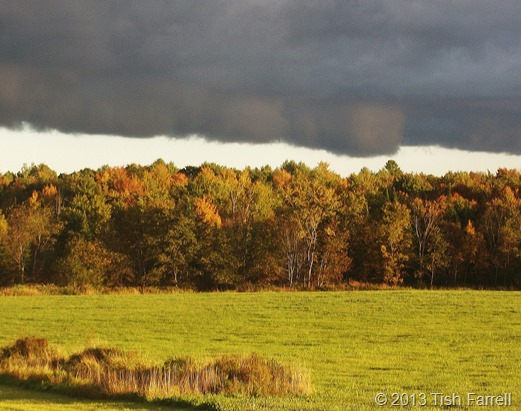 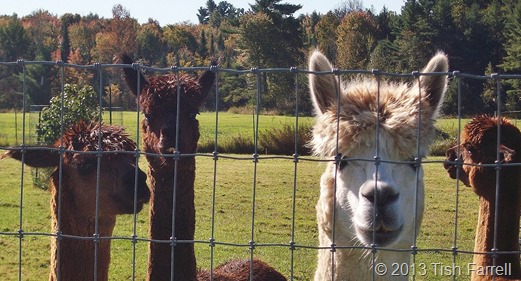 And finally, a sea-faring ‘garden gnome’. When I posted this photo on my Face Book page, FB wanted to me to tag and say (quote) “who this person” was. Any guesses?