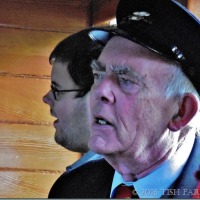 I stepped over the threshold. It was a fine autumn morning; the early sun shone serenely on embrowned groves and still green fields; advancing on to the lawn, I looked up and surveyed the front of the mansion. It was three storeys high, of proportions not vast, though considerable: a gentleman’s manor-house, not a nobleman’s seat: battlements round the top gave it a picturesque look. 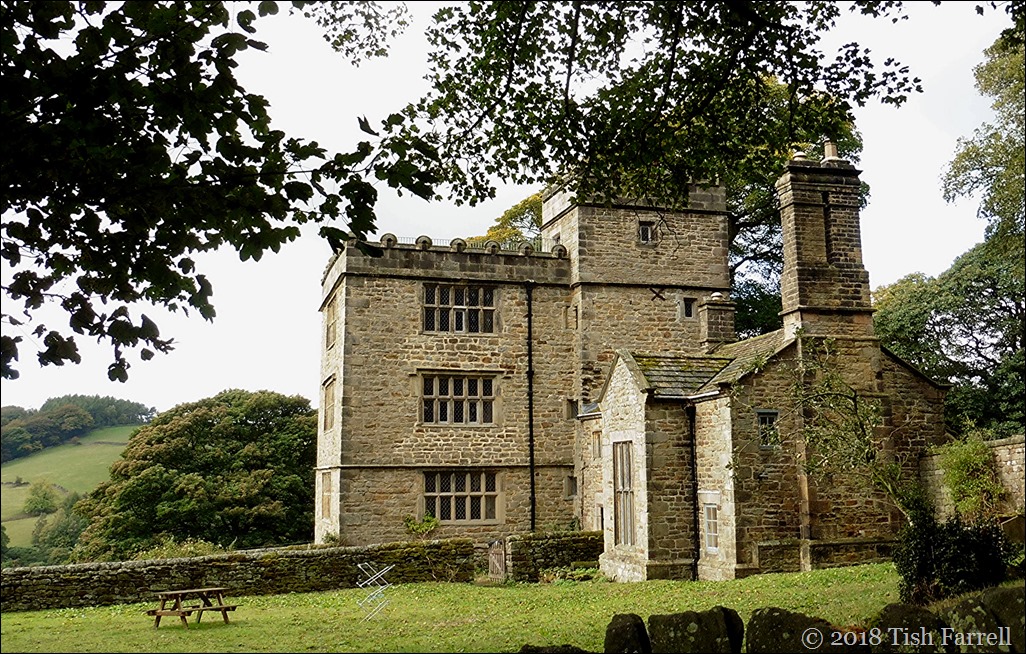 I’ve written about this before – that the Derbyshire village of Hathersage and its bleak high moors seem to have provided Charlotte Bronte with much of her setting inspiration for Jane Eyre (See earlier post Jane Eyre was here: or was she? ). But on our recent trip to Derbyshire I had the chance to have a look at North Lees for myself and take these photos.

The house sits on a wooded  hillside above Hathersage and below the millstone scarp of Stanage Edge. There is the sense of great isolation there, and it was anyway not a good day for photographs. But my timing was apt given Bronte’s description.

Jane Eyre was published in 1847. In 1845 Charlotte Bronte spent three weeks in Hathersage, staying with her old school friend Ellen Nussey, the vicar’s sister. The vicar himself, Henry Nussey, was away on his honeymoon. He had apparently once proposed to Charlotte and been rejected. His absence from the vicarage may well have been chosen for an opportune time for her visit. The two friends then did the rounds of local worthies, including more than one visit to North Lees Hall.

At the time George Eyre, his widowed mother and two sisters were living there. The Eyres had lived in the house since 1750. During the 1400s members of the same dynasty had lived in the manor house that preceded the present hall which dates from around the 1590s. During one of Charlotte’s visits she is said to have been told the grim tale of a previous ‘lady of the house’, one Agnes Ashurst, who became mad and was confined on the second floor, in a room with padded walls so she would not injure herself. Like Edward Rochester’s wife in the novel, she apparently also died in a fire.

Clearly it was a story too good to waste. It is also an excellent example of how writers hoard everything and anything that resonates:  tales, impressions, details of vistas and people, all to be reworked in the ‘world building’ process of creating a convincing context for their narrative.

Knowing that a writer’s source of inspiration could be a real place does not add to our appreciation of the novel; for some it may even detract, and especially if they subscribe to the (false) notion that fiction writers make everything up. Of course they don’t. Immaculate conception without source material to inform the creative process simply does not happen. Here’s some more description of the hall’s surroundings:

Leaning over the battlements and looking far down, I surveyed the grounds laid out like a map: the bright and velvet lawn closely girdling the grey base of the mansion; the field, wide as a park, dotted with its ancient timber; the wood, dun and sere, divided by a path visibly overgrown, greener with moss than the trees were with foliage.