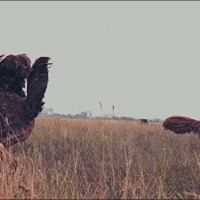 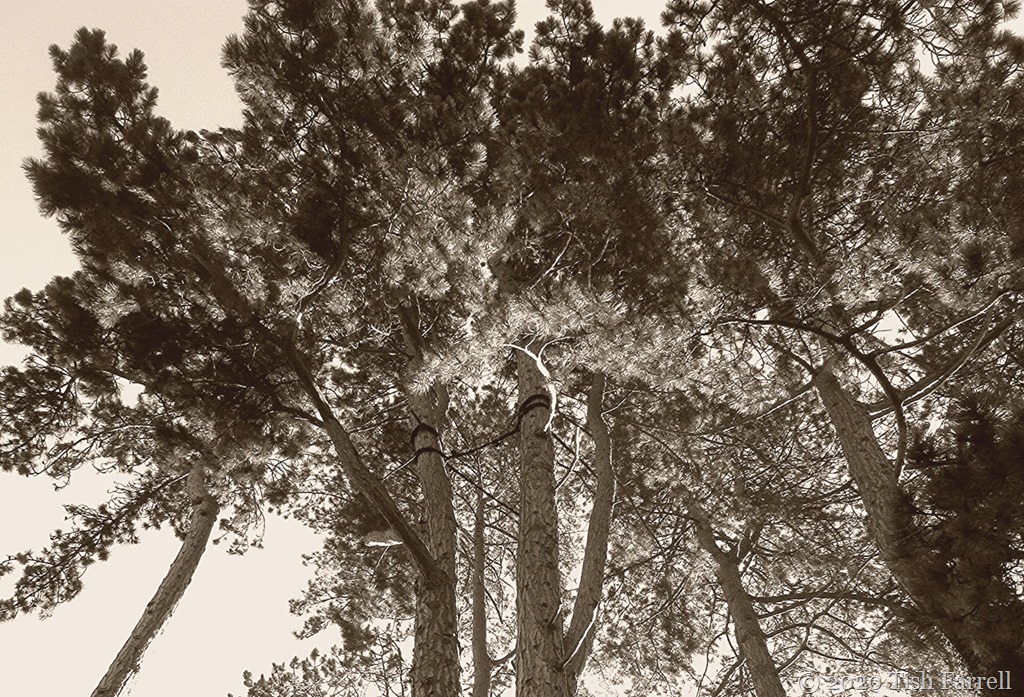 I seem to be having a ‘sepia season’ just now. It’s suiting my mood. And I anyway like the ‘antique’, slightly mysterious cast it gives some of the shots. I took them earlier in the week – along the lane from the Wenlock Priory ruins. The magnificent Corsican pines tower over the Priory visitor entrance, the place shut up for months now. I’ve no idea how these trees came to Shropshire, but I’m guessing that the Milnes Gaskells who once lived in the Prior’s House, or The Abbey, as they called it, may have planted them. This would be back in the days when Henry James was a repeat visitor and the priory ruins were something of an extended garden feature for his genteel English hosts.

The next two photos provide views of what was once the Priory ‘parkland’, now mostly owned by Wenlock Estates, a family trust, and grazed by sheep. In the Priory’s heyday the monks apparently had a high old time, hunting on horseback across their extensive domain. And not only that. One wild young monk, William Broseley, headed a gang of bandits, Wild West style, and Prior Henry de Bonvillars in 1302 was charged with raiding and horse stealing over on the Welsh borders.

Sheep were also an important monastic commodity, the wool a source of great wealth in the early Middle Ages. In 1284 another slippery Prior, John de Tycford, caused consternation and monkish fury within the sacred confines when it was found he had robbed the house of its wealth through a spot of canny futures dealing. He managed to sell seven prospective years of wool and then make off with the loot. Things are much more peaceful here these days. 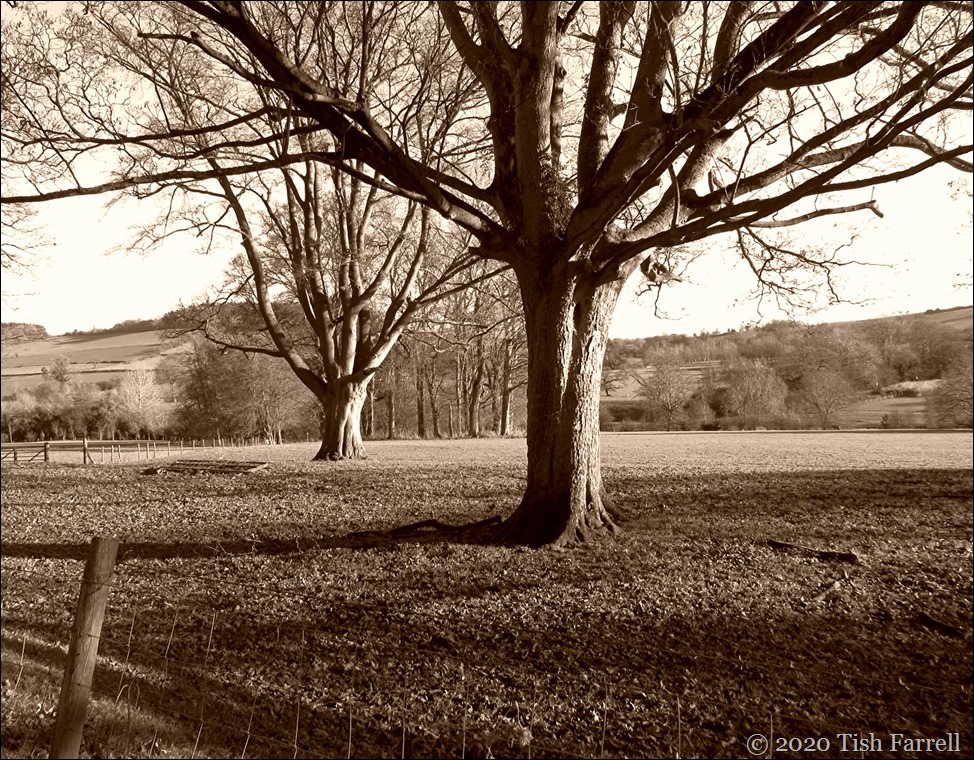 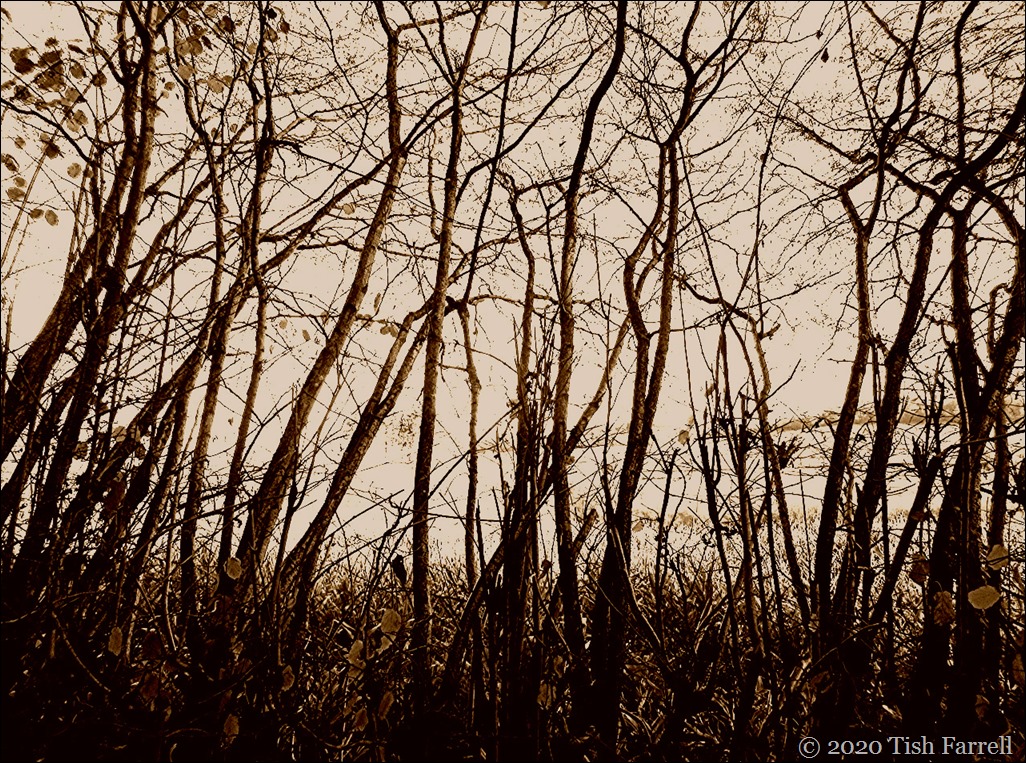 Lens-Artists: You Pick It This week our excellent hosts, the Lens-Artists, invite us to choose our own topic.

33 thoughts on “My World In Sepia”