By this morning most of yesterday’s snow had washed away in the rain. But then back it came at midday, leaving a layer deep enough for some happy sledging on Windmill Hill and giant snowball rolling in the Linden Field. Wenlock dogs were fizzing with delight and even the grown-up humans were having a good play. Nothing like a snowball fight if you’re well wrapped up. And it was bitterly cold this afternoon even as the trees began to drip and drip.

I had only popped out in the garden to photograph the crab apples, but one thing led to another, and soon I was heading for the Linden Walk, and then across the old railway line towards the Priory ruins. And while I was there I thought I’d carry on and have a wander round the Church Green, and see if I could get a photo of the Prior’s House from over the graveyard wall.

Time passed as I stood to watch the Highland Cattle tuck into their silage. So did lunch-time. He who binds books and lives in my house was very glad when I finally did turn up to make some soup. I made no excuses for absence without explanation. Nor did he expect any. He knows as well as I do:  you have to make the most of snow-days. The only thing lacking was a spot of sunshine to brighten up the place. Now as I write this, a frost has set in for the night, and there’s a fat moon shining over the Linden Field. 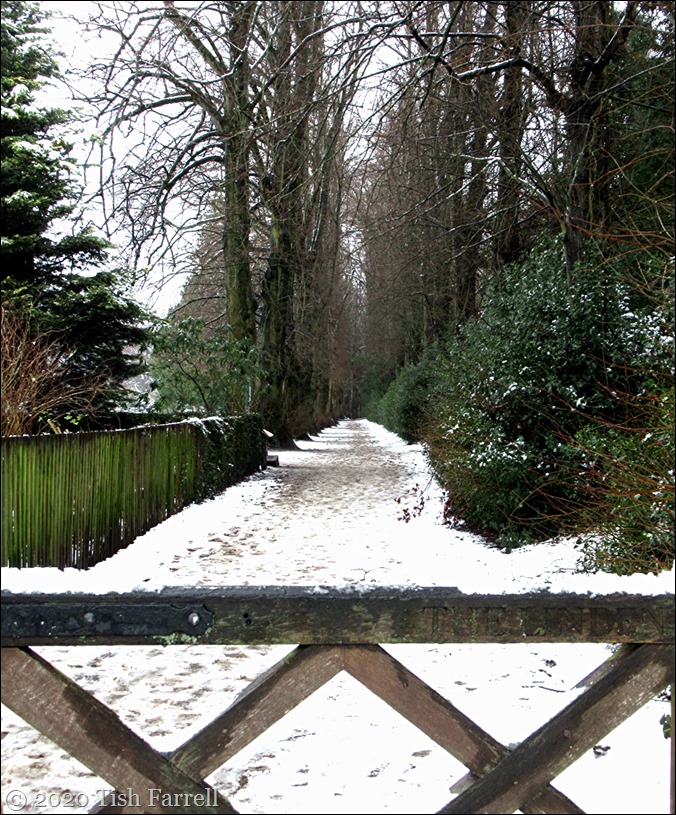 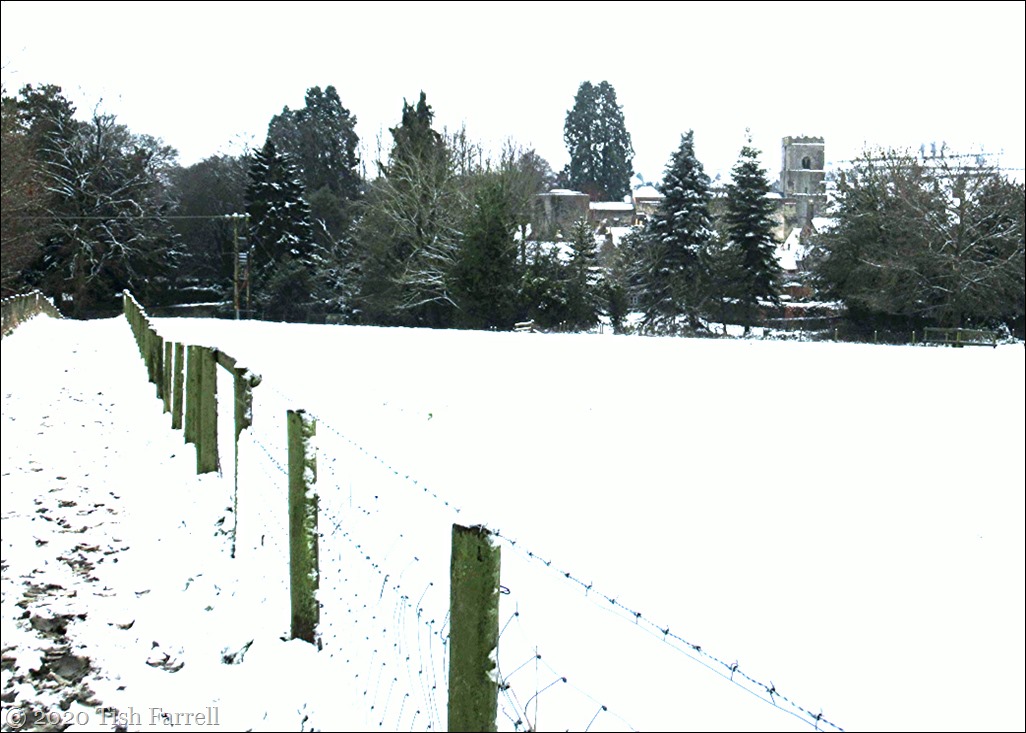 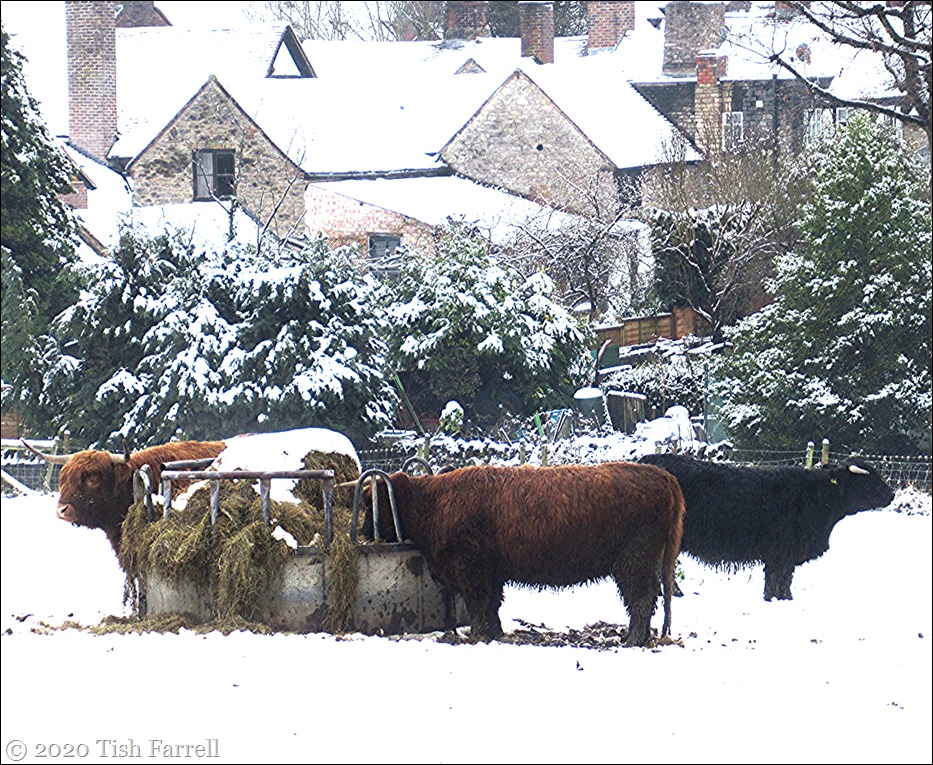 44 thoughts on “Another Snow Day In Wenlock”