When it comes to horticultural bling, the gardens of England’s grand houses take a lot of beating. They were of course designed entirely for the purposes of showing off the fruits of questionable gains, whether acquired through creative accounting practices in the service of the monarch, strategic marriage alliances, political opportunism, slave owning or straight forward pillage.

And so it is that, along with the overbearing edifice large enough to house a small-town population, the surrounding designer parterres, avenues, arbours, grottos, fountains, cascades, Greek temples, and goodly cavalcade of deities and other mythological beings, could be seen to confer legitimacy, privilege and status on arriviste owners  and their subsequent offspring.

Here at Chatsworth, home of successive Dukes of Devonshire, the formal garden alone extended to one hundred acres. The earliest version was created in 1555 by Sir William Cavendish (he of creative accounting fame) and Bess of Hardwick. Over the next three centuries the layout became increasingly extravagant in a bid to complement the palatial makeovers effected on the house. In 1836 the 6th Duke appointed Joseph Paxton to re-design what were then termed the ‘Pleasure Grounds’, and it is Paxton’s influence that is most in evidence today.

In particular, he was charged with re-engineering the Emperor Fountain as seen in the photo above. For 160 years it was the tallest gravity-fed fountain in the world, the jet having reached a record height of 295 feet (90 metres). It replaced the earlier Great Fountain, itself a wonder of hydro-engineering, until the 6th Duke thought Tsar Nicholas 1 of Russia was intending to visit, and so had it mind to outdo the Tsar’s Peterhof Palace fountain. To me this seems incredibly rude, hospitality-wise, and in any case the Tsar never turned up, although the fountain continued to be named for the visit that never was.

…the Emperor Fountain is the spirit of novelty, dashing its endless variety to the skies…

On the day we were there it was windy, which meant the fountain was turned down. Even so, it was doing much blowing about, and producing some very pleasing rainbow effects in the autumn sunshine, and in fact rather living up to the 6th Duke’s exuberant description of it. On the other hand, if you didn’t keep an eye on its movements as you wandered the lakeside lawns, it could also give you a surprise dousing. 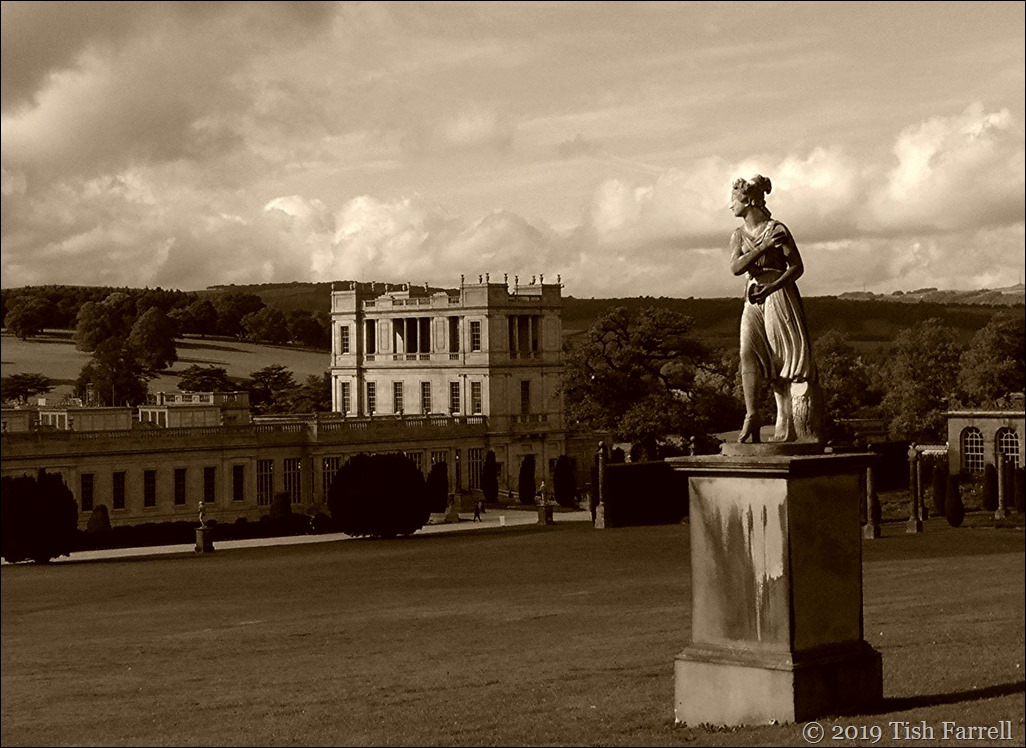 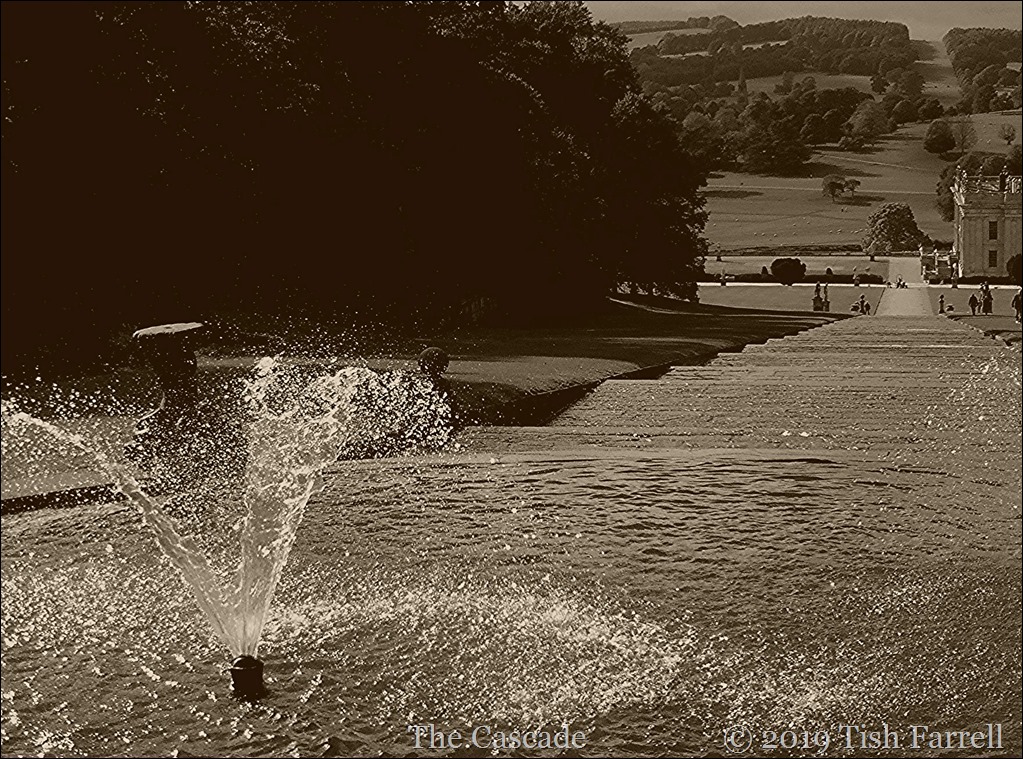 42 thoughts on “Chatsworth Revisited In Sepia”