Well one thing was certain, when I waded through the snow to the allotment yesterday afternoon – no-one else would be daft enough to be there. A hundred or so yards from the house, I almost turned back. The snow was coming in over my wellies, and it truly was hard work tramping through the low drifts. My well trodden path along the field edge was no longer familiar. The world was iced blue-white with only a passing buzzard to break the stillness.

You might wonder what had induced me to go up there at all – with all the garden plots buried under a foot of snow. But I needed parsnips, and I needed leeks, and parsley and Tuscan kale from the polytunnel. And once I was there, I thought I’d better shift some of the snow from the polytunnel roof, since we’d been promised all-day snow on Sunday, which has indeed come to pass.

It took a while to find and extract the parsnips. The soil wasn’t frozen under the snow-blanket, but was very, very sticky – doing a good impression of stuff stuck in quicksand. But mission accomplished, veggie-wise, I noticed a change in the light and started taking photos instead. 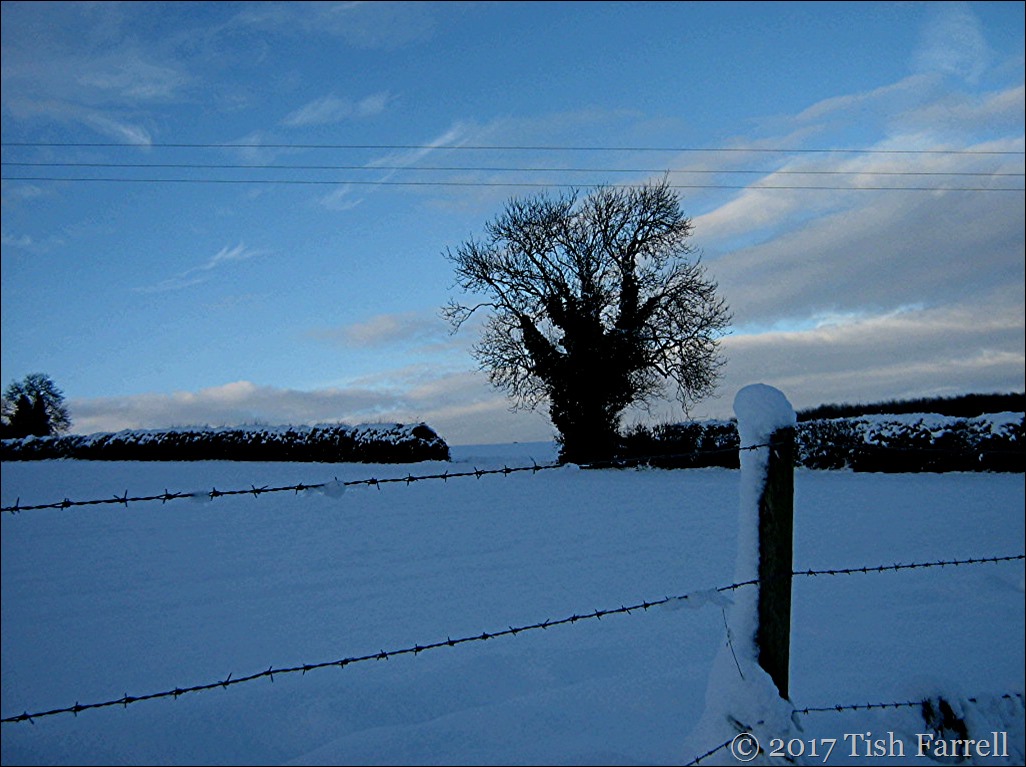 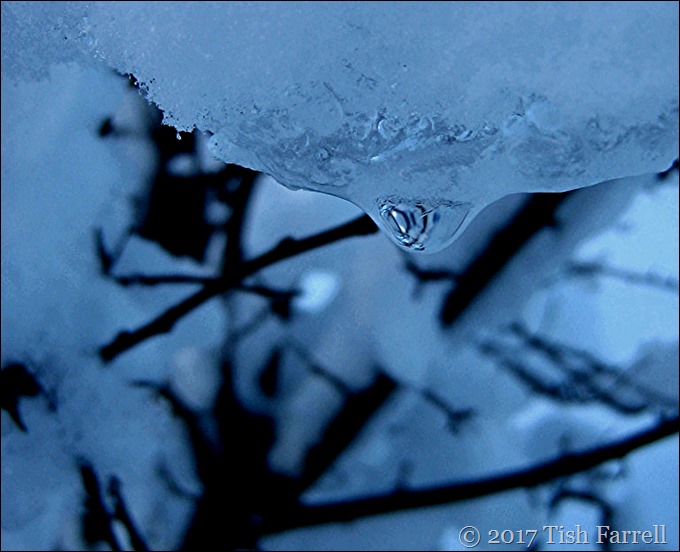 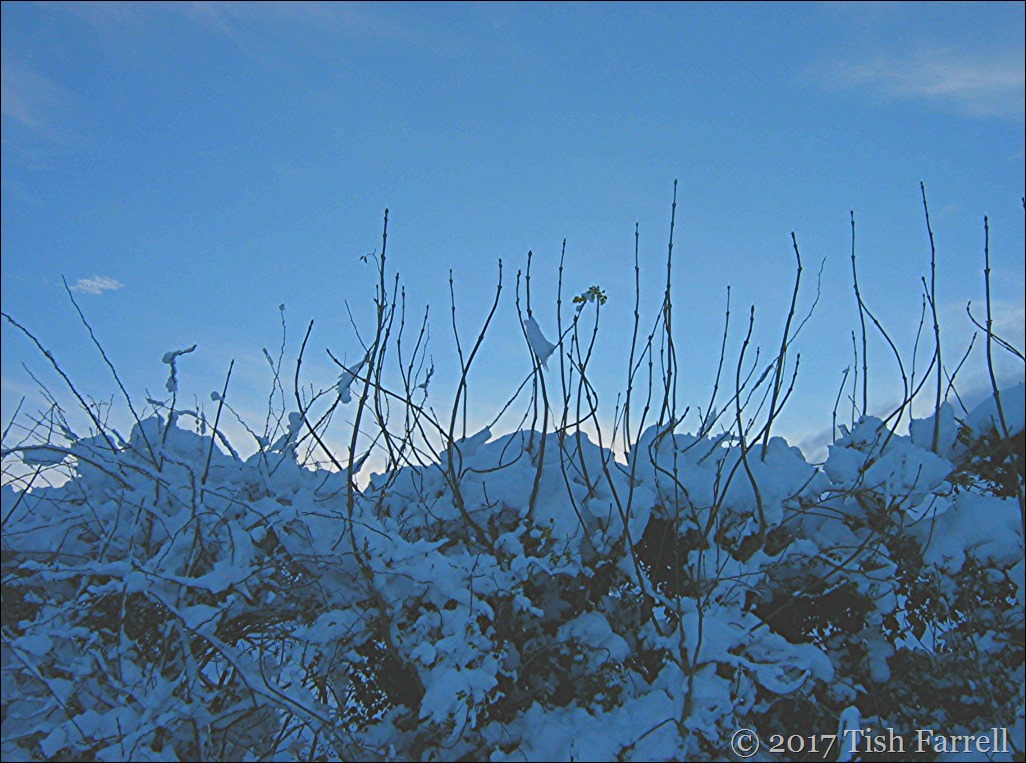 As I was heading home, I realised I could hear the whoops and cries of happy sledders. You can just make them out on the hillside north-east of the church tower. But for the power-lines (that intrude on most views of Wenlock) it might be a traditional Victorian winter scene.

Which reminds me. While I’m here, I’d like to thank all the local farmers who have been out on their tractors clearing roads and spreading grit. My entranced-by-snow moments are all very well, but some people need to drive places. Multiple gold stars to the farmers then.