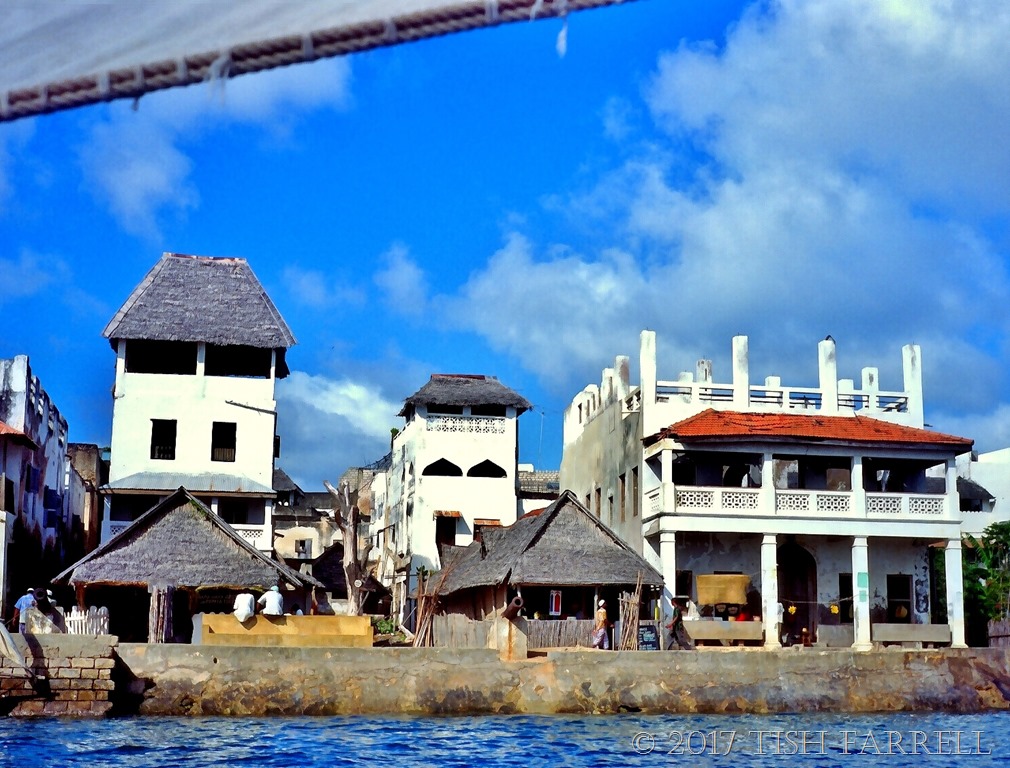 The Swahili communities of the East African seaboard grew out of the commerce between Arab dhow merchants and African farmer-fishermen. It is a trade that began perhaps two thousand years ago, and it is a trade that relied on the gyre of monsoon winds – the kaskazi that bore the dhow merchants south from the Persian Gulf, and the kusi to take them home.

Some of them stayed of course, to manage the trade with the African hinterland. Gold and ivory, ambergris, leopard skins, tortoiseshell and mangrove poles were the lure. In return they traded beads, brass wire, textiles, rugs, dates, porcelain. And so from at least 800 years ago city states grew up along the coast – from Lamu near the Somali border in the north  to northern Mozambique in the south, and also out on the Indian Ocean islands of Zanzibar and the Comoros. So evolved a new culture as Arab merchants married African women, and along with it a new language KiSwahili – the fusion of Bantu vernaculars and Arabic. Today Swahili is the lingua franca of East Africa (Uganda, Kenya, Tanzania) although the purest form is deemed to be spoken on Zanzibar.

The trade had its vicious side – slavery, and Stone Town on Zanzibar was notorious for its slave market. The slaving and ivory expeditions of Tippu Tip, a Swahili merchant, were the scourge of Central and East Africa during the nineteenth century. He himself was a Zanzibari plantation owner, but he also served the Omani sultans of Zanzibar who had extensive clove plantations on the island, and furthermore ruled much of the East African coast until the British arrived in the late nineteenth century and whittled down their control.

Even so the East African slave trade continued on into the twentieth century. Slaves were still being sold on Lamu until 1907 when the trade was finally banned.

These days the main trade on Lamu is tourism, and the large Arab dhows, bearing dates and rugs and treasure chests, no longer call in there. Local trade using the smaller Lamu dhows still thrives though. Today’s main exports are mangrove poles, coral rag stone and coral mortar – all for the construction business, and boats are also the main form of transport around the island unless you want to walk or take a donkey. All auto traffic, apart from ambulances, is banned, although this year’s political campaigning has seen the arrival of illegal MPs’ vehicles and noisy motorcycles, so risking the rescinding of the town’s UNESCO World Heritage status. Hopefully things will settle down again. But in any event the quaysides of Lamu are still key to life there. In fact the two mile footpath from Lamu town to Shela Village, the other main community, seems to be one long quayside. 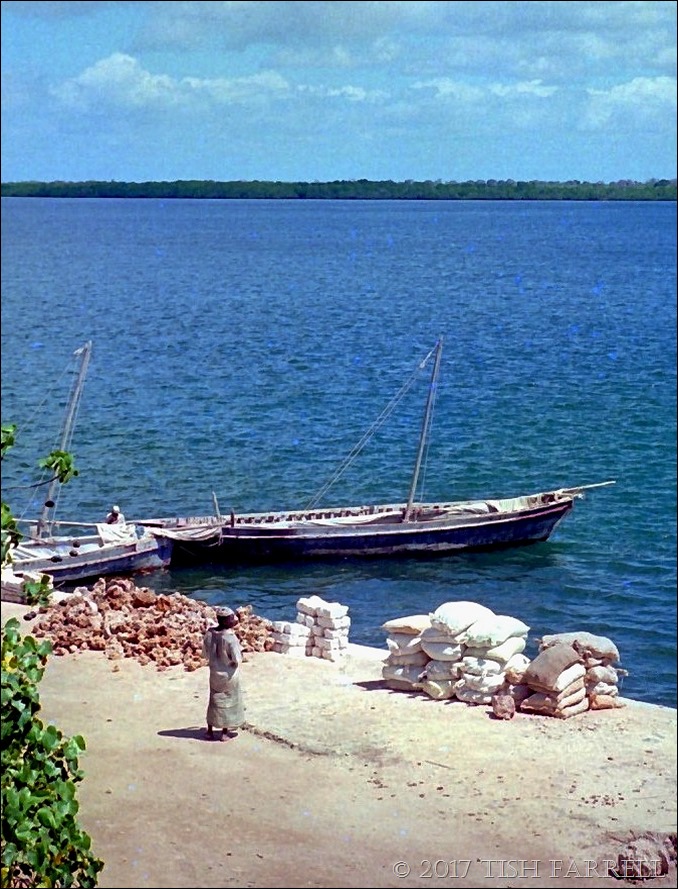