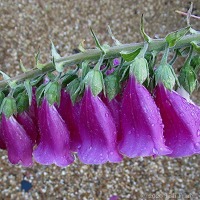 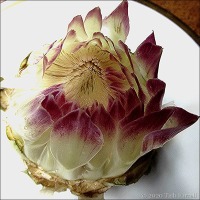 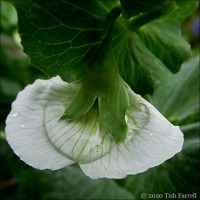 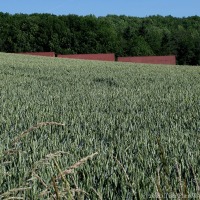 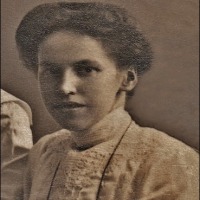 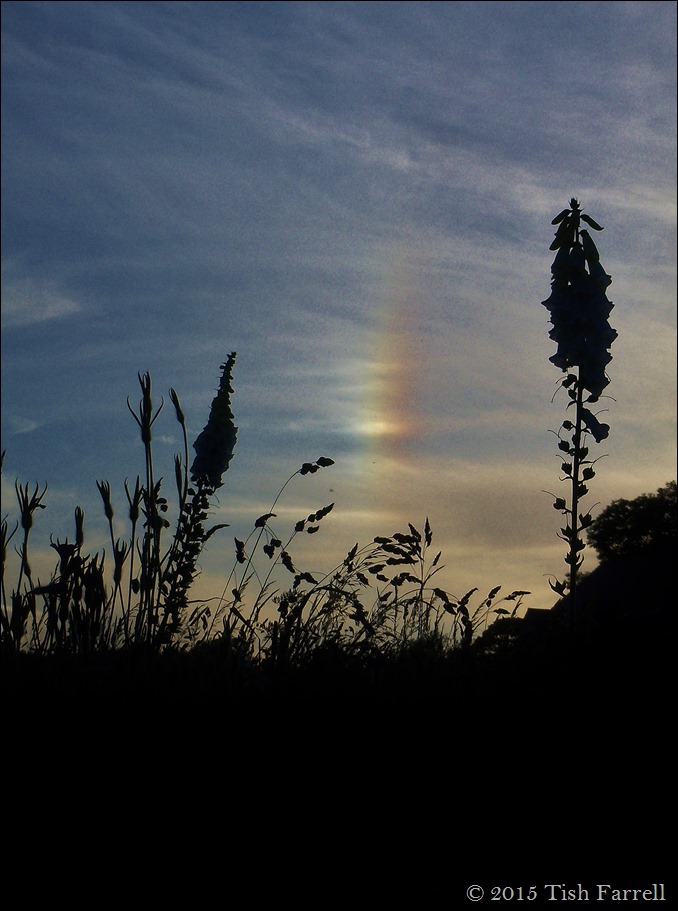 There’s clearly something in the air over Wenlock Edge. Last night as we were sitting on the garden bench watching the sun go down – with our glass of wine and pot of olives – there it was. A rainbow. And it had absolutely nothing to do with rain. Most of the day had been hot and fine.

Fire rainbows are rare and technically called circumhorizontal arcs, and thus they are HORIZONTAL. i.e. More like this one, faintly seen, a little later and slightly north of the first iridescent cloud. 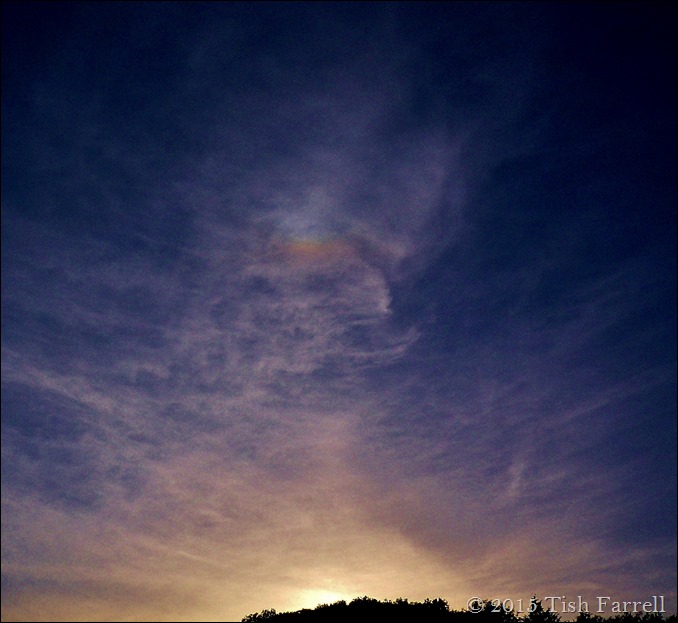 But if this isn’t a ‘fire rainbow’, but part of an ordinary rainbow, then the colours are the back to front, more as if this is part of a double rainbow, but with only the reflection visible. Curiouser and curiouser, but a wonder to see over one’s garden fence. Perhaps it is a Wenlock Edge phenomenon, the angle of the setting sun in relation to the cloud above it.  Anyway, this is what was going on in the rest of the sky over the bean field. Someone has clearly been sky painting. 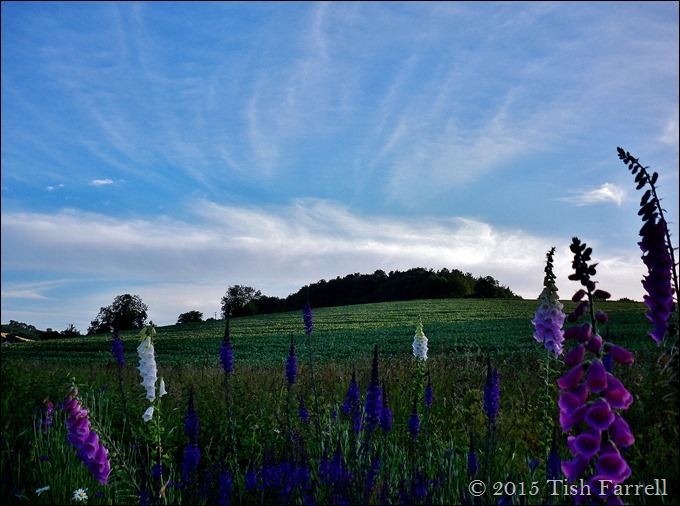