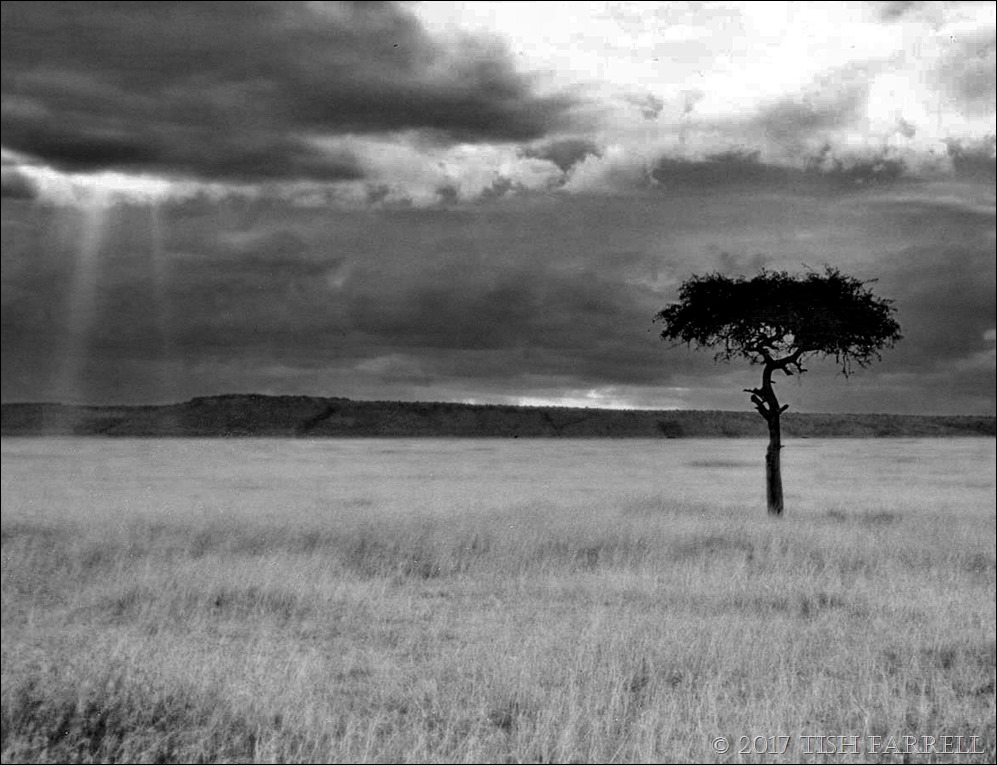 I do not think of Africa in black and white, and when we lived there during the 1990s it was still in the days of conventional photography, and only colour film was readily available. So I am rather intrigued by these monochrome edits from the old Africa photo file.

They were taken in August – in the cool, dry, gloomy season, and the time of the wildebeest migration. We had driven down to the Maasai Mara from Nairobi under lowering skies, taking our visitors, Chris and Les, on safari. The roads were dusty and the bush country parched and dreary looking for mile after mile.

Amongst other things, the first photo shows how empty the landscape can be of wildlife,  or indeed of people. In the distance is the Oloololo Escarpment which forms  the north west boundary of the Mara Triangle. The tented camp where we were staying was on the Mara River outside the park, and part of the Mara Conservancy, a reserve managed by the Maasai themselves.

The lone tree is a Desert Date (Balanites  aegyptiaca ), and is typical of the open savannah where its presence is highly valued by humans and grazing animals alike. It fruits under the driest conditions. The tree has also long provided traditional healers with remedies; like the baobab, Balanites is one of Africa’s tree pharmacies. The fruit’s outer flesh was used for treating skin diseases, and preparations of the root and bark were used to combat malaria.

The oil within the fruit in fact has a host of remarkable properties. It has long been known that it kills the freshwater snails that carry bilharzia and the water fleas that are vectors of guinea-worm disease  (Trees of Kenya  Tim Noad and Ann Birnie). It has also been studied more recently by Egyptian scientists who reported their findings in the the 2010 Journal of Ethnopharmacology.  Their laboratory tests revealed anticancer properties for certain human carcinoma cell lines, as well as demonstrating selected antimicrobial, anthelmintic, and antiviral activity.

An all round useful tree then.

The shape of the trees in the photos is also typical. The result of having their canopies nibbled by passing giraffes, although there are none in sight here – only wildebeest and Thomson’s gazelle. 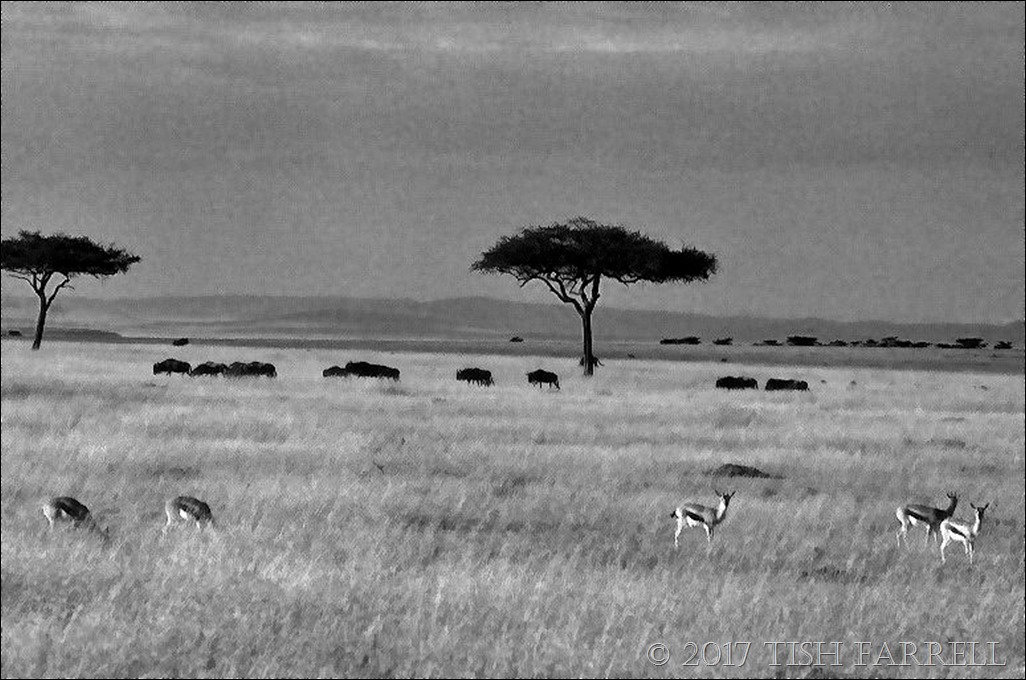 39 thoughts on “Maasailand In Black & White”