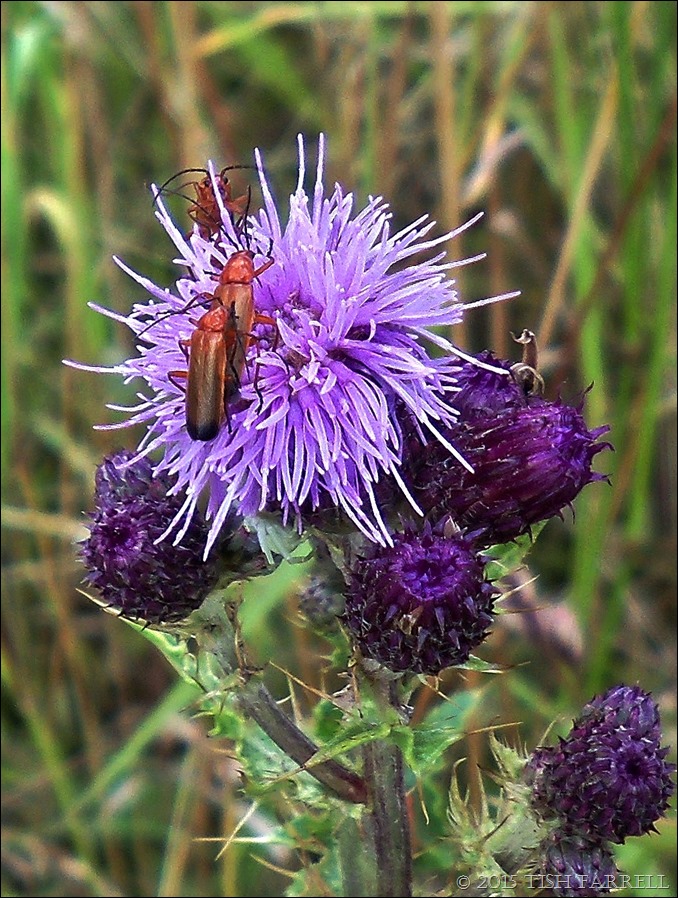 This snapping of bugs is all Ark’s fault at A Tale Unfolds. For some time now he’s been showing us insect life in his South African garden. Then on Friday he set me a challenge to beat his dandelion with four bugs. So here I give you a ménage à trois with some longhorn beetles, caught on my way to the allotment, and as I was actually trying to capture some bee shots. I reckon it trumps Ark’s dandelion, and indeed his jackal flies, on grounds of raciness. 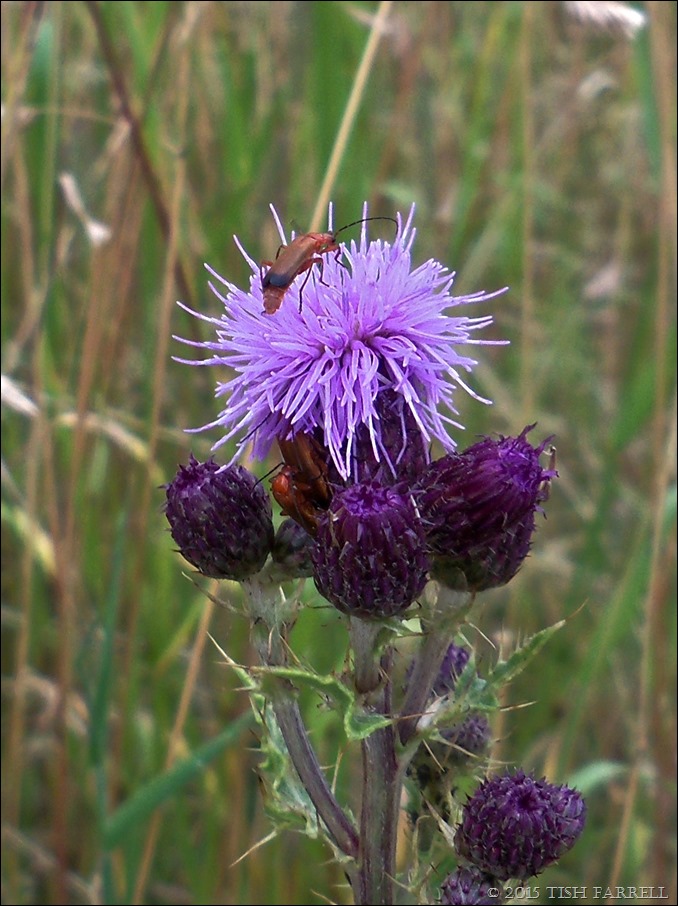 But now here is the close up shot I really wanted to show you, and the reason why I was headed  for the allotment: my first main crop potatoes just released from the earth. These are Desirée, organically grown and most desirable, not only for looks and flavour, but for general resistance to drought, bugs and slugs: 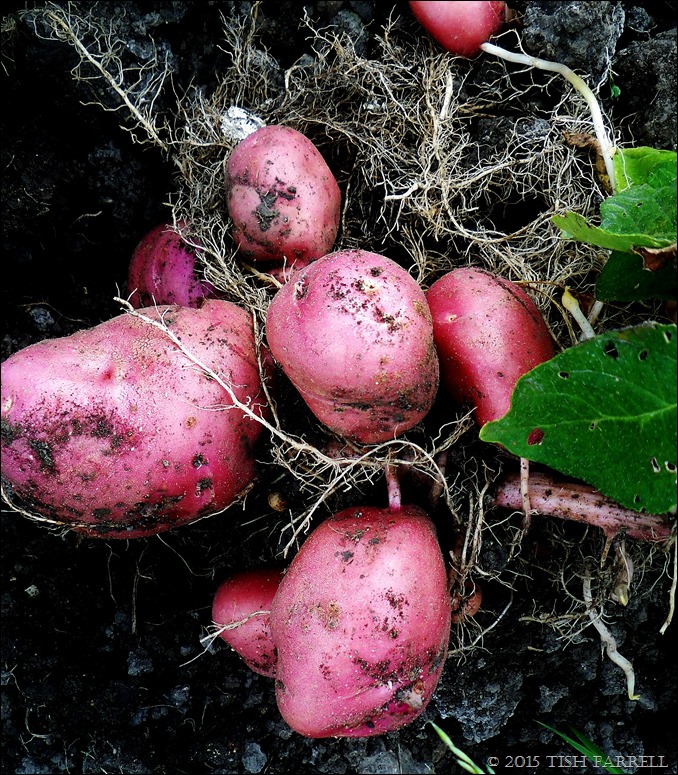 36 thoughts on “Love and voyeurism among the thistles, and then some freshly dug potatoes”