As I’ve been writing these pieces about the less obviously seen quarters of my home town, I’ve been aware that there is a danger of casting all in a glow of antique glamour.

It’s true that these days Much Wenlock is a very attractive place to visit. For a small town, the range of architecture (representing as it does a thousand years of continuous human habitation), is fascinating. There are grand medieval mansions, and  small stone cottages, and many quirky vernacular details. The magnificent timbered Guild Hall glimpsed below, and dating from 1540, is still the town’s council chamber, and with seats that feel like the rock of ages to those of us who have sat through many a council meeting. 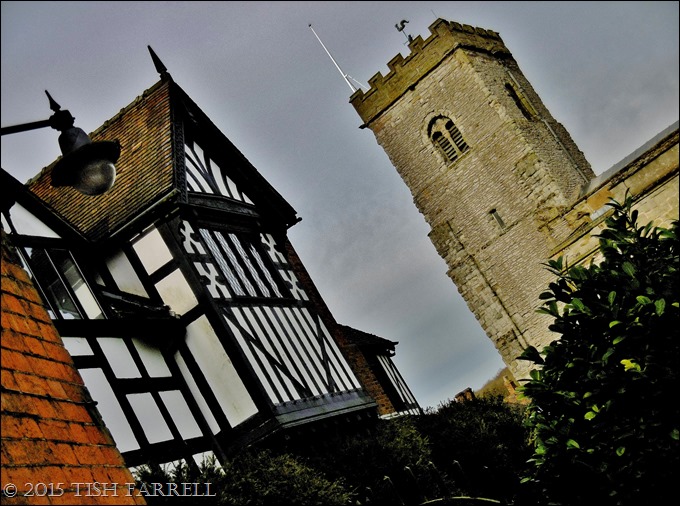 But this is all very well. For centuries, life for the labouring people of Wenlock must have been pretty grim, and one of the grimmest places to work must surely have been in the town’s many quarries, known locally as ‘the Rocks’, which I think says it all.

I’ve explained elsewhere how the town sits beneath the twenty-mile limestone scarp of Wenlock Edge, an up-thrust fossilised, tropical seabed. I’ve written, too, of how the limestone has been exploited for centuries, and at least since Roman times. Milburga’s Saxon monastery, parts of which survive beneath the parish church, was built of local stone, as was the grand Norman priory that superseded it. Later, after the Dissolution, much of the stone was re-purposed in many of the town’s buildings, and often used to clad earlier  timber-framed buildings. So it is that many of the town’s oldest surviving dwellings, including a medieval hall or two, are quite hidden from view behind much later stone facades. 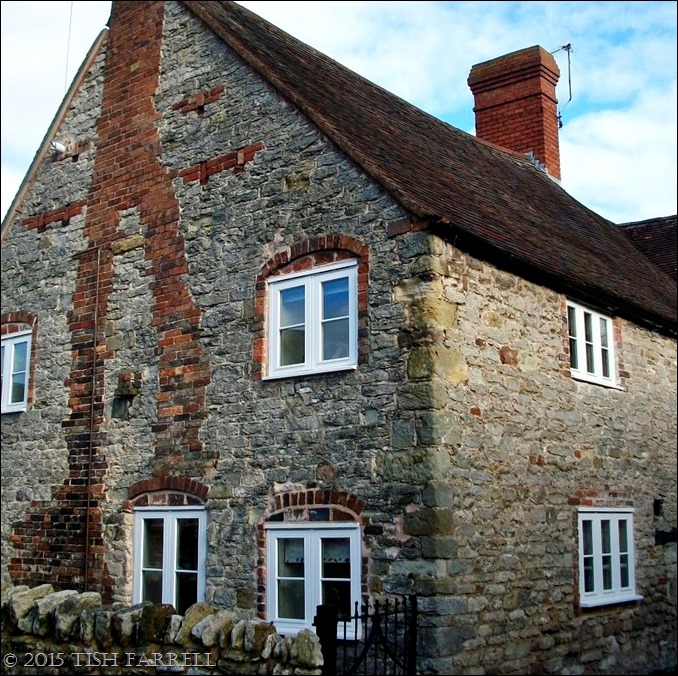 Other key uses for the quarried limestone were as a flux in the growing iron industry (i.e. from at least the late 17th century) and for lime burning to make fertiliser and building mortar.

For centuries quarrying would have been a manual task with heavy hammers, rammer bars, stone rakes and barrows as the quarrymen’s main tools. The use of black powder explosives, and then gelignite for blasting, was a much more recent practice, and not without its own serious hazards.

Lime-burners also had their kilns near the quarries, but operations were seasonal, and lime-burners did not appear to make much of a living despite the demand for their products.

The quarry featured in this post is Shadwell or Shady Well Quarry. It lies directly behind Windmill Hill, and is the nearest one to our house.

Workings here seem to have begun only in 1849 when Francis and John Yates of Ironbridge took a 14-year lease of a new quarry in Windmill Hill field, later called Shadwell Rock. They expected to dig 9,000 tons a year ( Glyn Williams Much Wenlock’s Limestone Quarries). In the 1860s the arrival of the railway plus the provision of a dedicated siding, saw Shadwell develop into an industrial operation. The South Wales & Cannock Chase Coal & Coke Company took over the lease, and in 1873 despatched 22,500 tons of iron fluxing stone to the Black Country in England’s industrial Midlands.

The quarry continued to be worked until 1996. Since then it has been left amid growing desolation. A few years ago there were plans to open a diving school with fifty cabins in the woods below the windmiill, but nothing came of it. The water has a strange blue-green hue which makes me think of Andrei Tarkovsky’s film Solaris. The pool is said to be over 70 feet deep and, from time to time, daft young men who have had too much cider, film themselves diving off one of the cliffs. There have been a few near misses survival-wise.

But at least some life forms have been making good use of the cliff faces. Since the blasting stopped peregrine falcons have begun to nest here. The same is apparently true for the other abandoned quarries along the Edge. There are ravens there too, although not yet at Shadwell. Perhaps they will come. It’s a pleasing thought: a case of positive re-purposing.

Sun setting over Wenlock Edge: Or did the earth move?

Pauline at Memories Are Made of This nominated me to take up this challenge. The idea is to  “post a photo each day for five consecutive days and attach a story to the photo. It can be fiction or non-fiction, a poem or a short paragraph, and each day nominate another blogger for the challenge”.

So today I would like to nominate Hanne T Fisker. She takes stunning photographs. Her blog is called Simplicity of Being, but her compositions brim with textural drama, and the light-and-shade complexities of the natural world. Please take a look at her work.