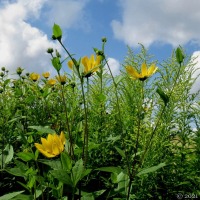 An exciting little parcel arrived last week – copies of my latest quick-read for teens (or even for adults) in Ransom’s Shades 2.0 series. It’s a small, neat book. Pocket sized. As per the Shades’ format, it is a novelised short story, the text broken down into brief chapters, the whole designed for readers who find bigger books, and dense text too daunting to tackle. The pages have much white space, and the story’s 5,000 words are spread over 64 pages, which of course makes it easier for anyone to read. The aim is to build reading muscles and so (hopefully) nurture a love of books.

But if the books are small-scale, there is nothing ‘slight’ about their content. Their themes are of adult interest too. As a writer I can think of no bigger challenge than to woo readers who would probably rather not read. It unavoidably demands your crispest most affecting prose.

I knew, too, that historical fiction can be off-putting to many teen boys. In Mau Mau Brother, then,  I used first person, present-tense narrative to make events more immediate. The story tells of the 1950s uprising against British rule in Kenya as seen through the eyes of fifteen-year-old Thuo. This perspective on what happened is not widely known outside Kenya; the British authorities deliberately destroyed many records.  But for Thuo there many kinds of war – not only with the British, but also with the African Home Guard, and even with his own freedom fighter brother whom he blames for all his troubles. But in the end, the biggest war he  has to fight is with himself.

And now for an extract:

The British are bombing Kenya’s highland forests to flush out the freedom fighters. Thuo and his family have been driven off their farms and made to live under curfew in a fortified village. Their every move is ruled by the African Home Guard. Then one night Thuo’s elder brother, Kungu,  a seasoned fighter, finds his way to Thuo’s hut. He is wounded, and sick, and  Thuo is faced with the starkest choice – to inform on his brother, or risk detention and death to help him.

After the plane goes, Njonjo whispers that he’s overheard the Home Guards talking.

‘They know Kungu is near,’ he hisses. ‘Tomorrow the British soldiers will sweep this part of the Reserve.’

That night we sit in our hut ,weighed down with fear, expecting the worst. I am stunned when Kungu says, ‘I must leave now.’

This time I am more scared for him than for me. His brow glows with sweat. He still cannot walk properly.

‘The way I came, through the barbed wire.’

‘But the ditch. The stakes.’

‘I will roll down. Crawl out. Like a cockroach. Have no fear, little brother.’

‘But where will you go?’

‘A cave I know. I once shared it with a she-leopard.’

I shiver. A window on hell has just swung wide. I see the big cat’s yellow eyes, the white fangs. Then I see the falling bombs, hear elephants screaming, the rifles’ crack-crack, feel the breath of a pseudo-gangster on my neck.

The words fly from my mouth before I can stop them. But, once said, I cannot take them back.