…was that out in the garden the air was filled with the dreamy scent of cyclamen. They were growing everywhere including under a medlar tree whose unpromising looking fruit is only ready to eat in winter, after it has ‘bletted’ i.e. the flesh softened by frost. Then, so I read, it tastes like apple sauce and can be eaten raw, or else made into a fruit jelly. The tree was introduced to England by the Romans. 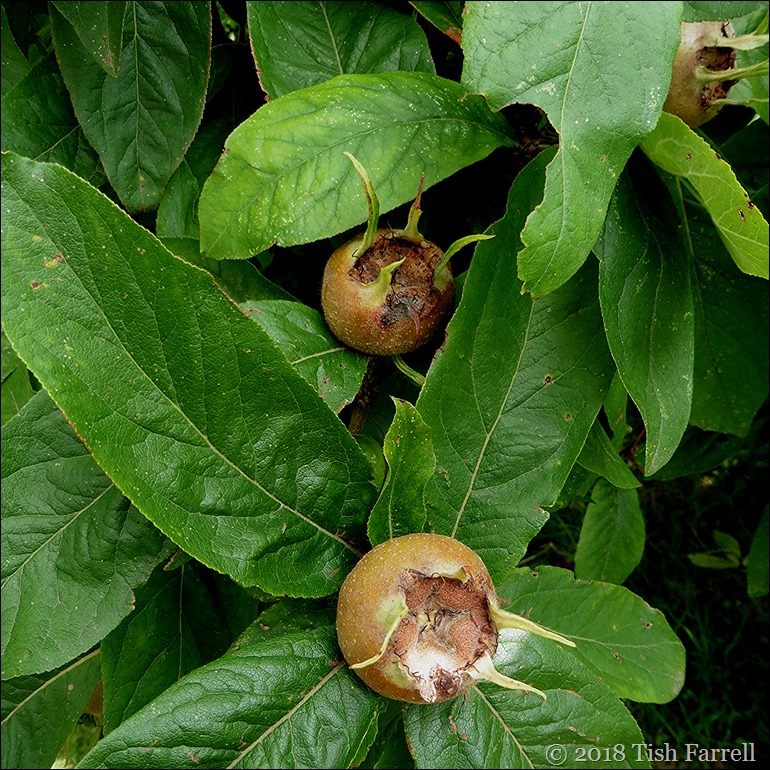 Nor inside the house did I show you the ornately carved Tudor bedstead in the master and mistresses’ bedroom off the gallery above the great hall. Or down below, the huge fireplace where once, in medieval times all the main cooking would be done. The spit-roasting tackle is on the floor beside the cast iron grate. 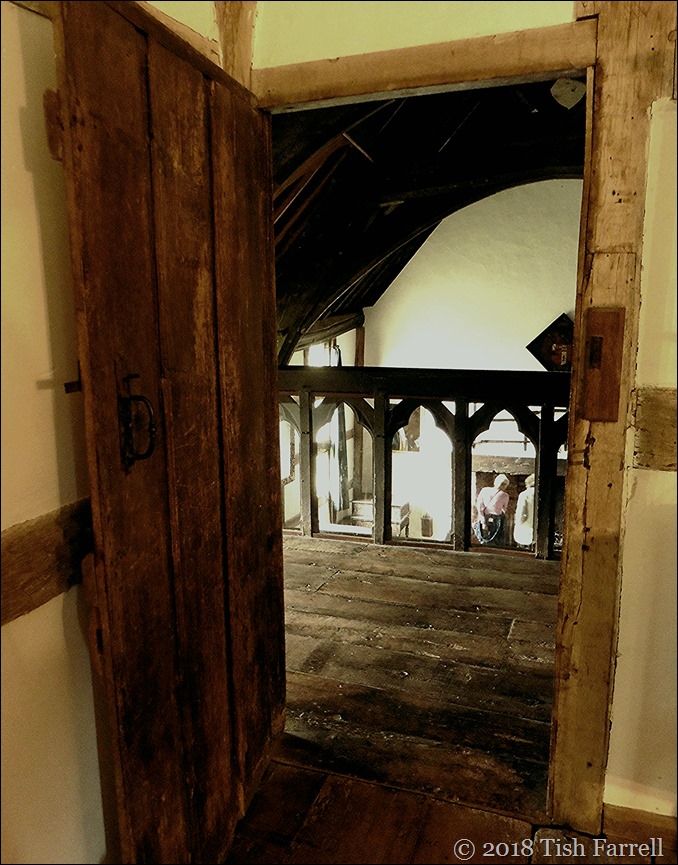 Then there was the impressive timbering upstairs in the must-have gatehouse for the family going up in the world. Also in the doorway there was a nice sample panel of wattle and daub, the construction method of choice in medieval England. And then there’s the door itself – very much the thing to keep out unwanted callers with its faux portcullis lattice work: 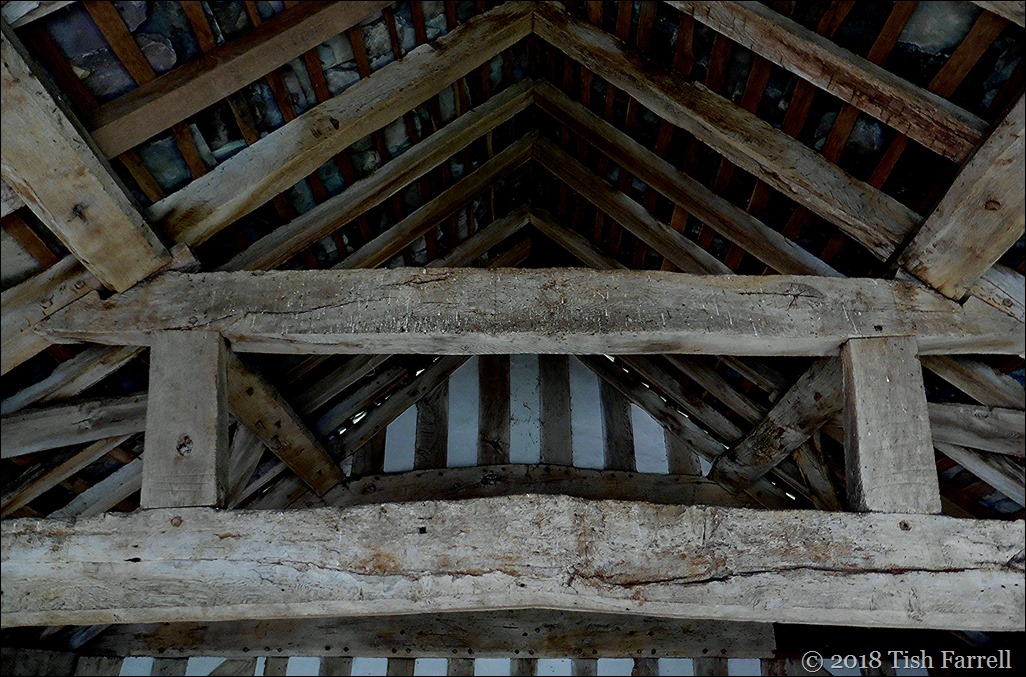 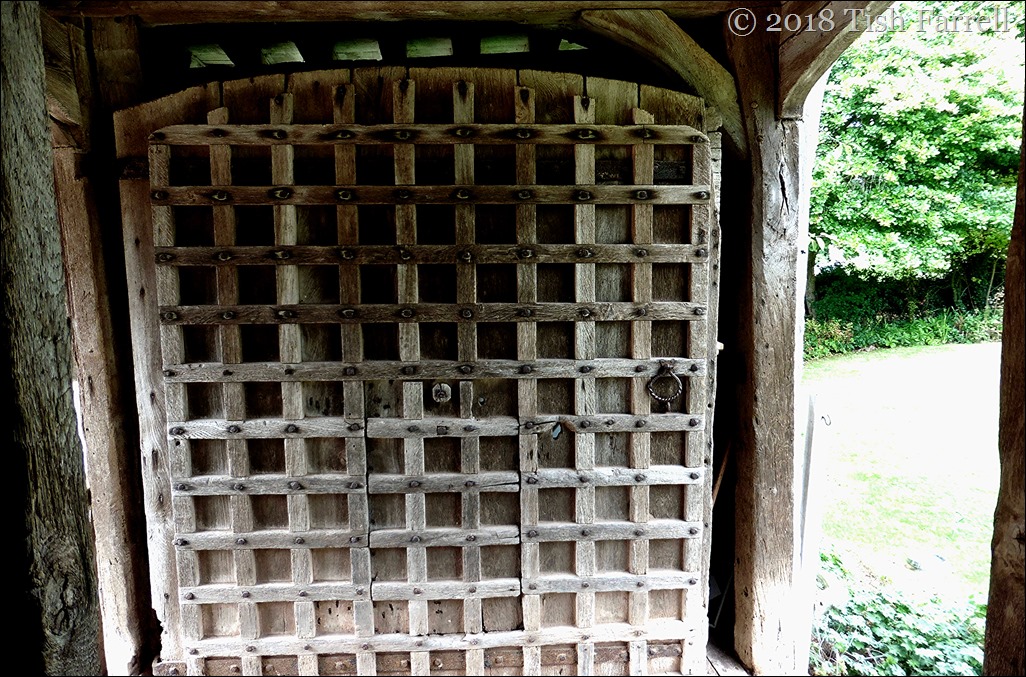 Back in the garden there was the swing to linger on, and across the moat the ruins of a thirteenth century Norman chapel. In the orchard the damson trees were hanging in fruit. I’m guessing these might have been sold as much for dyeing as for eating, since this is what they were used for in my part of Shropshire during the nineteenth century, and therefore probably earlier too. The apples in the orchard would have been turned into cider, Herefordshire’s traditional tipple. 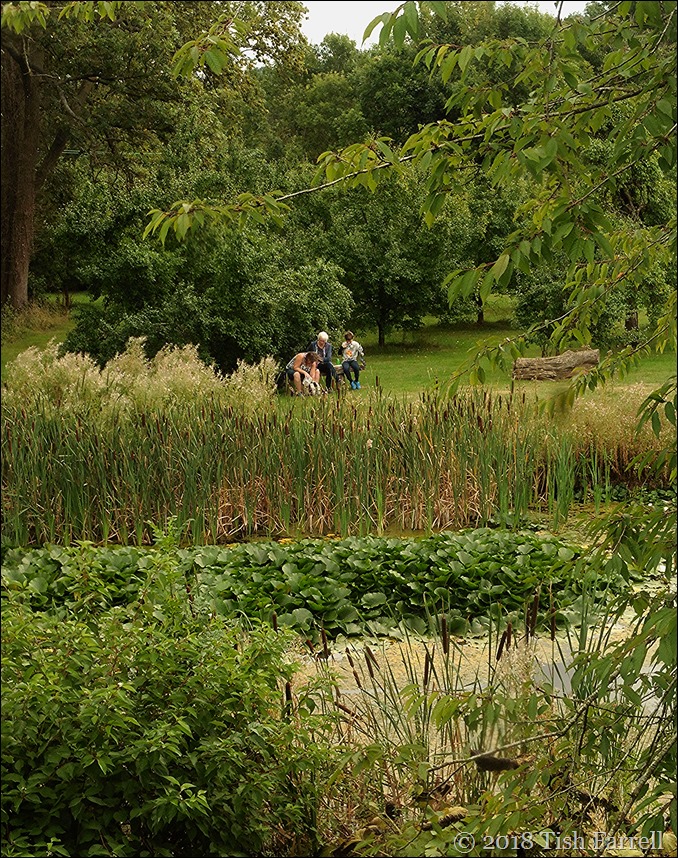 See previous post for more of the manor’s history.

Today over at Becky’s it’s all pink wigs and tutus.