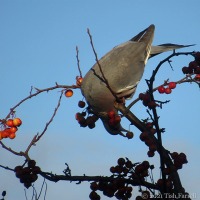 Cee’s current black and white challenge is store fronts and building signs, so I thought I’d give you a quick tour of Much Wenlock’s High Street and Square, starting with the Museum (once the Market Hall) and opposite The Guildhall built in 1540, and still a market place several days a week. Most of these images were shot in monochrome.

The town grew up around the early medieval priory, first catering for the many pilgrims, and then with the Dissolution of the Monasteries in 1540, growing into a thriving manufacturing and mercantile centre. Most of the oldest buildings along the town’s main streets would have been shops, workshops and inns rather than private houses. There were blacksmiths, nailers, needlemakers, clay tobacco pipe makers, brick makers, cloth and leather workers. There was also a thriving in trade in cattle, horses and agricultural produce. The grant for the first weekly market was issued by Henry III in 1224. We can thus be pretty sure that an awful lot of shopping has been done since then. 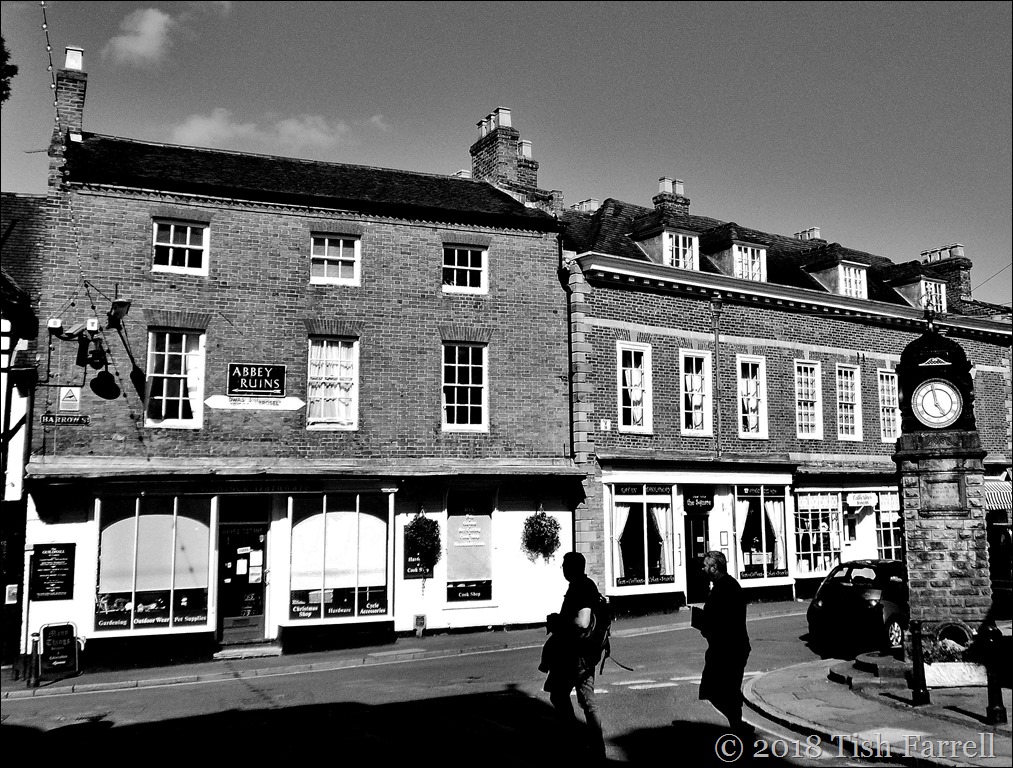 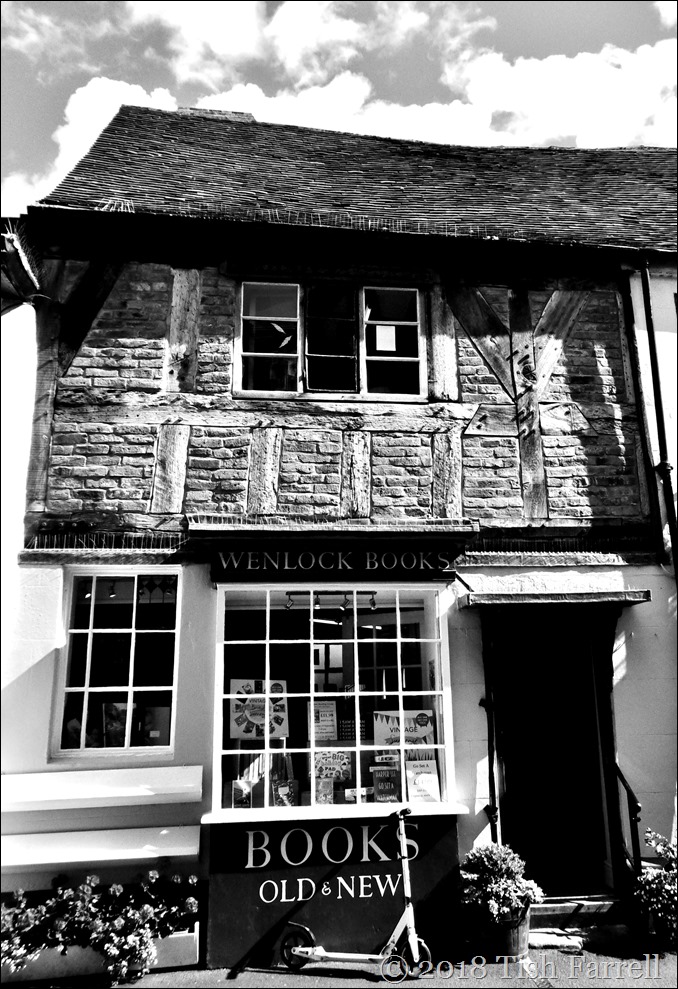