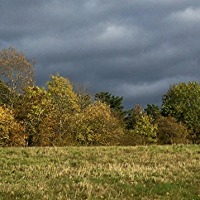 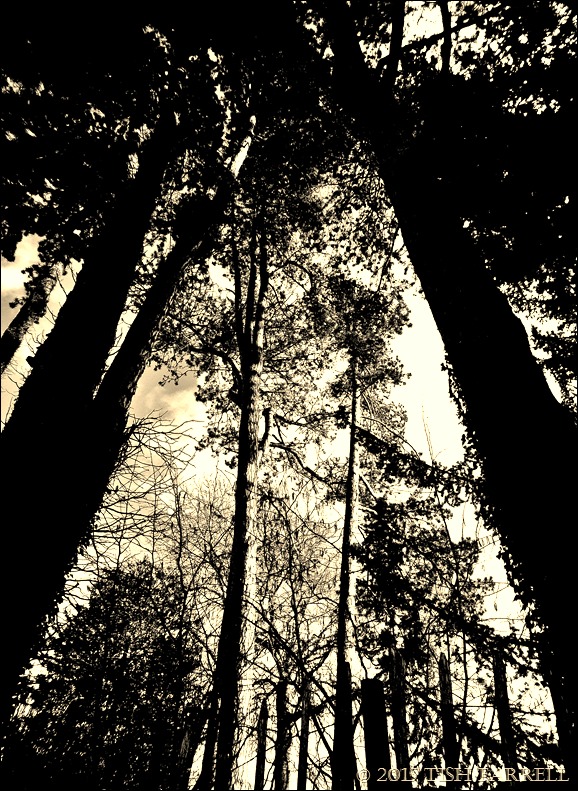 How impressive then must the beautiful church have been in the days of its prosperity, when the pilgrim came down to it from the grassy hillside and its bells made the stillness sensible.

Much Wenlock has many historic landmarks, but its Priory is the one with the oldest roots, dating back to the seventh century when  the Saxon princess, Abbess Milburga, presided over a dual house of monks and nuns.  In medieval times, under Norman rule, it was expanded to become one of the most imposing (male only) religious houses in Europe.

Then along came Henry VIII with his marriage problems, and in 1540, as part of his Dissolution of the Monasteries campaign, (i.e.the  liberation of monastic wealth), the lead was stripped off the roofs. The Priory has been ruinous ever since. Meanwhile the Corsican pines have grown up along the boundary wall.  I don’t know when they were planted, or by whom, but spiring above the ruins, they somehow give a sense of lost architectural glory.

There is of course much romance in dilapidation as Henry James’ description in the quote above betrays. He was certainly taken with the place, and came here two or three times as guest of the Milnes Gaskells  who lived in the Prior’s House abutting the ruins. The Priory was at that time the Milnes Gaskells’ own private garden feature, and part of the tour for all their many house guests.  I particularly like this next, perhaps unlikely image of a recumbent Henry James gazing up at the remains:

You may lie upon the grass at the base of an ivied fragment, measure the girth of the great stumps of the central columns, half smothered in soft creepers, and think how strange it is that in this quiet hollow, in the midst of lonely hills, so exquisite and so elaborate a work of art  should have arisen.

You can read more about Henry James in Wenlock HERE.

34 thoughts on “Wenlock Priory through the pines ~ an enduring landmark”