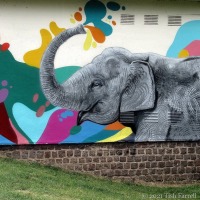 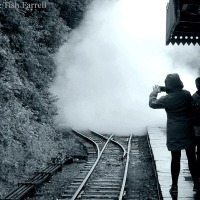 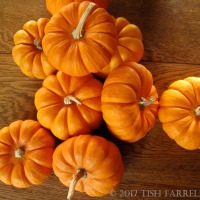 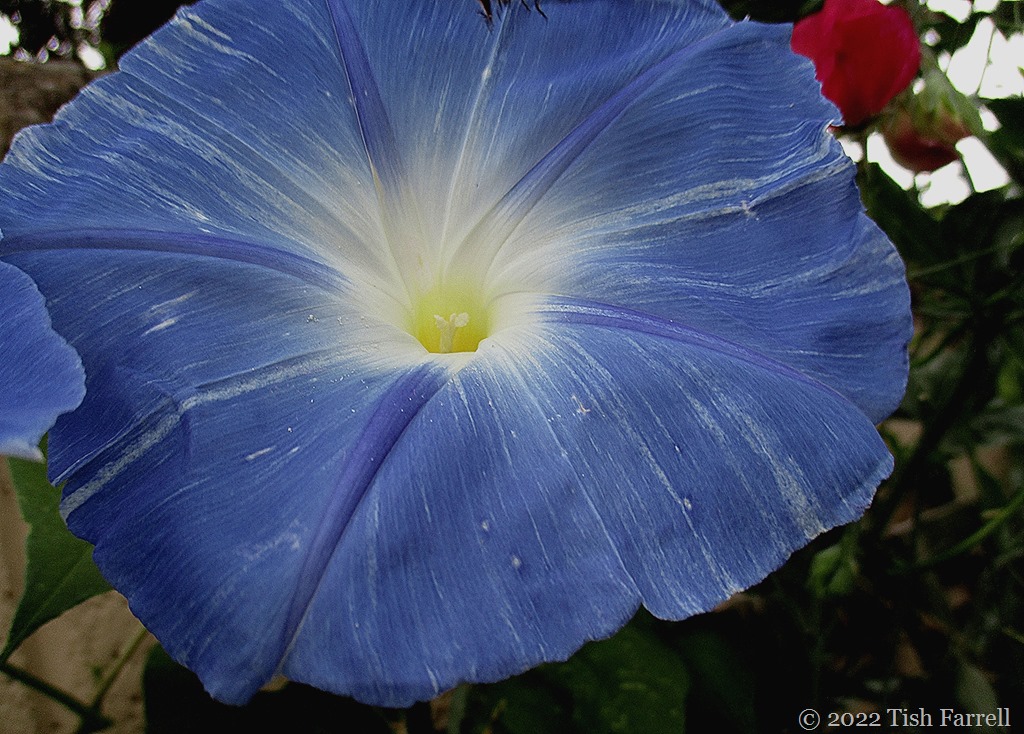 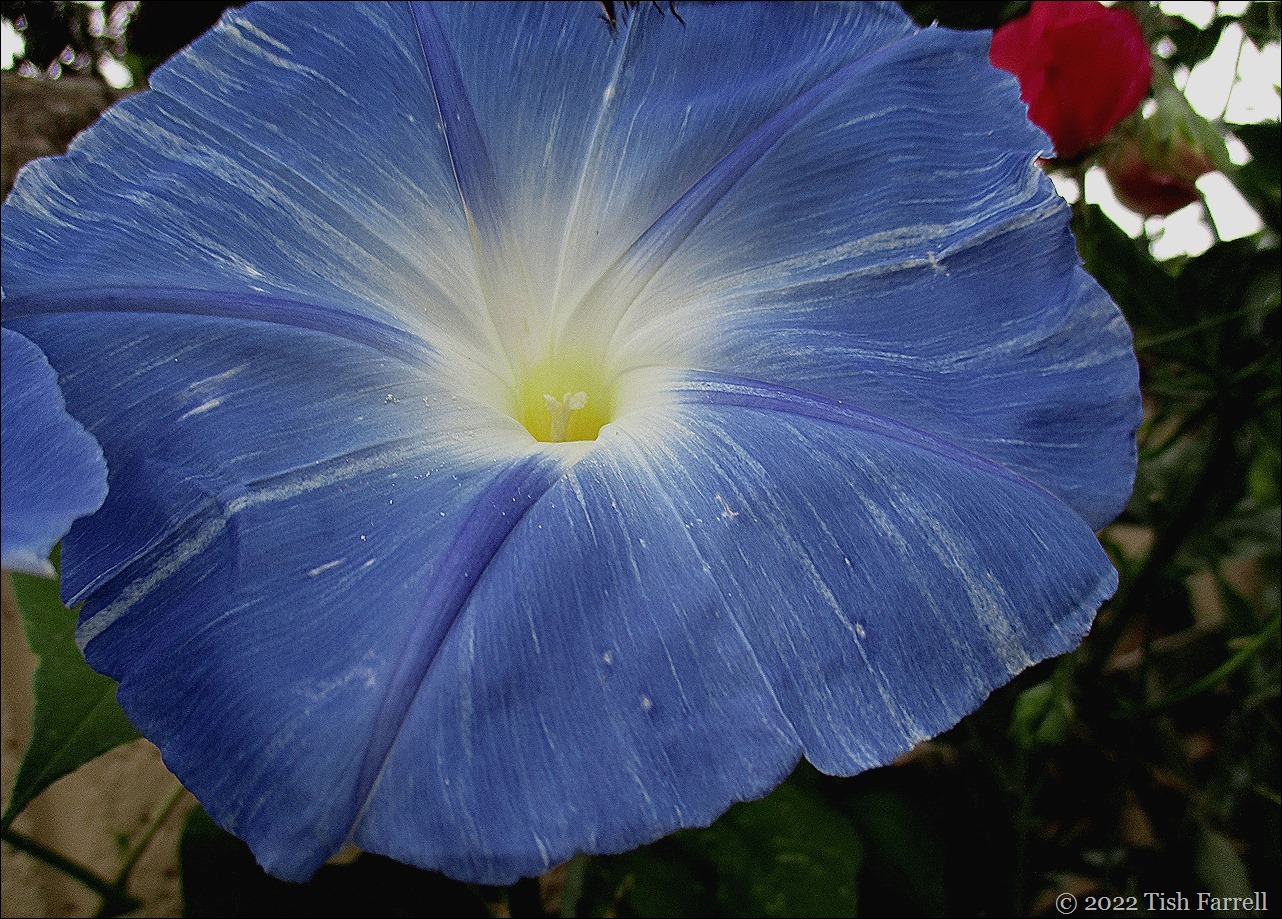 Thank goodness. Our second day of COOL, with a good 10 degrees C completely vanished in thin air. It’s back to grey skies too. They often feature in British summers, and for once we’re thankful. The Morning Glories seem to feel the same way. There were eight blooms out this morning: four Flying Saucers with the sweet peas on the downstairs terrace, and some white ones with purple flashes among the Sun Gold tomatoes in the upstairs garden. They don’t last long though, even without the blazing sun curling their petals. 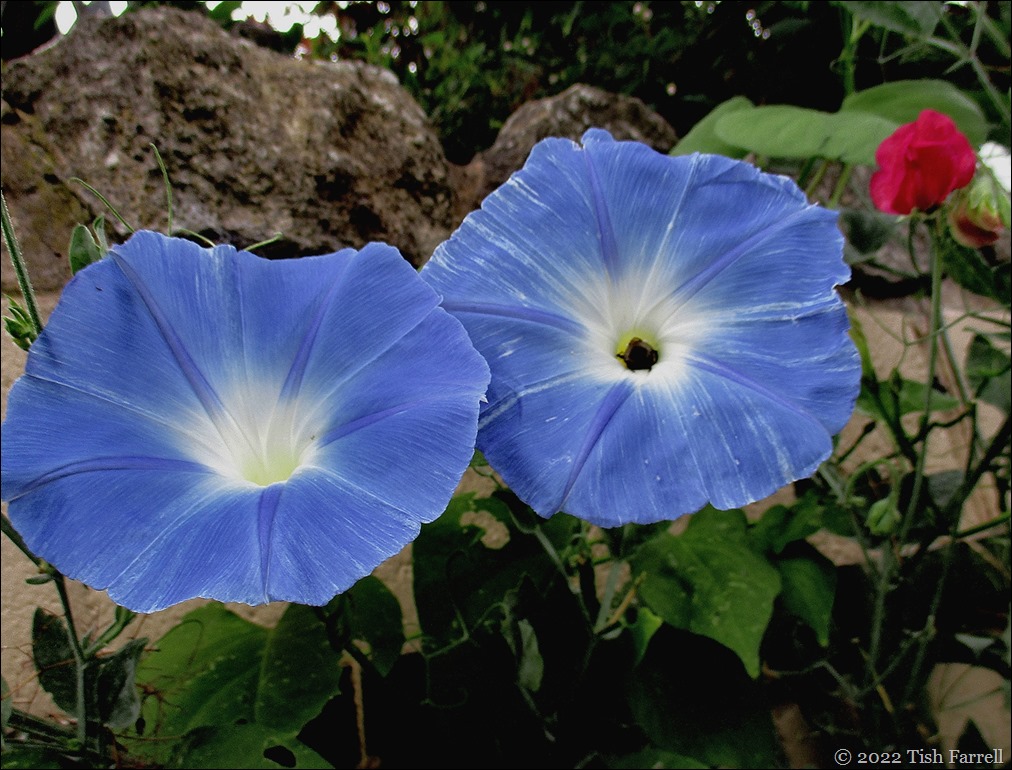 We even had some gentle showers yesterday, this after weeks of drought. Hopefully there will be more purposeful rain tomorrow so I can sow spinach and carrot seeds, and plant out the lettuce that survived the baking.

I’m anyway feeling seasonally confused after the heat wave. Everywhere around the town, the trees and fields have a parched, end-of-season look that has me thinking already of autumn, and of the things I might sow in the polytunnel for winter salads. But I’m getting ahead of myself. We’re only just half way through August, and there’s still the tomato and cucumber crop to nurture. And in the home garden, even as today’s blooms fade and crumple,  there are plenty more glories to come. 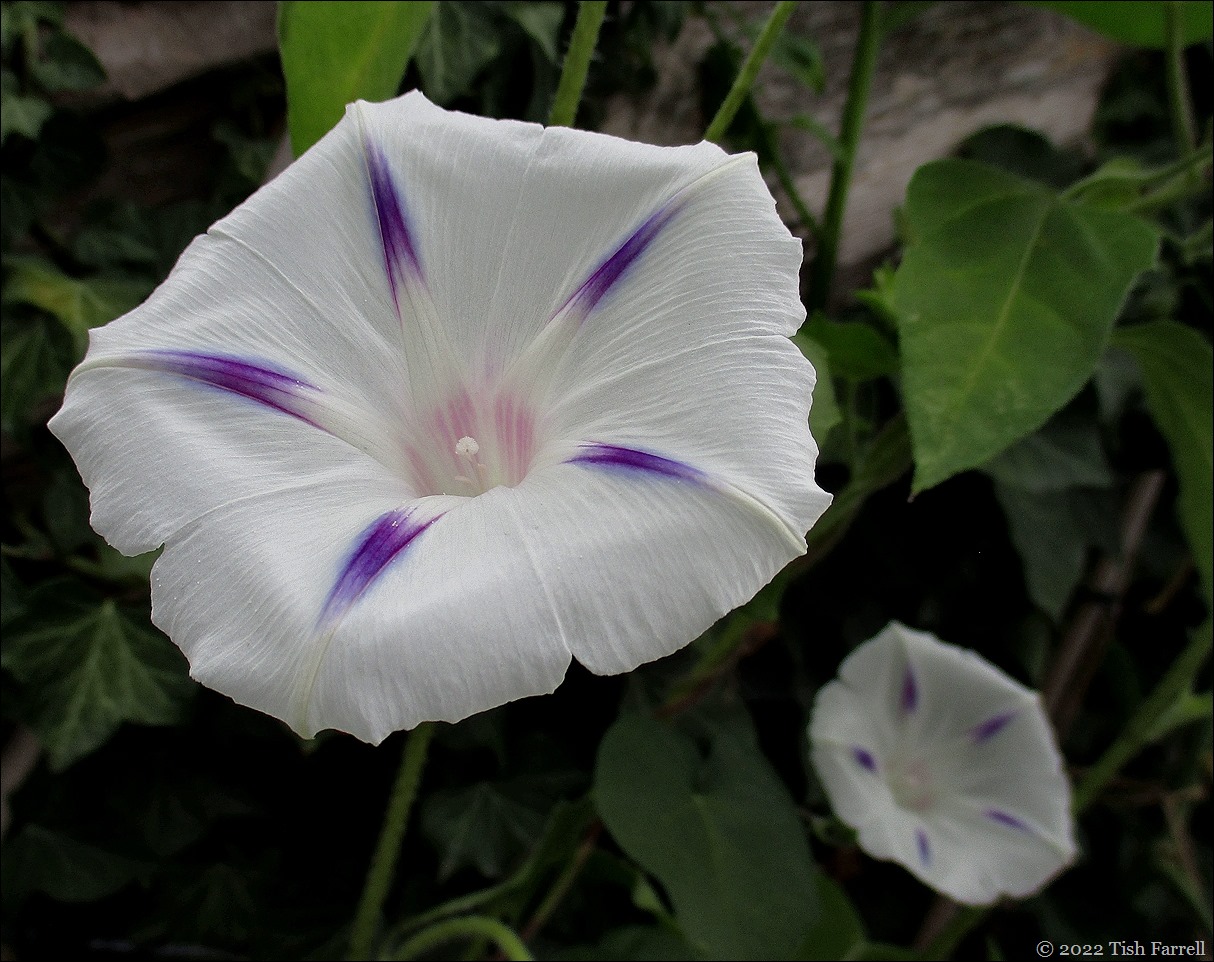