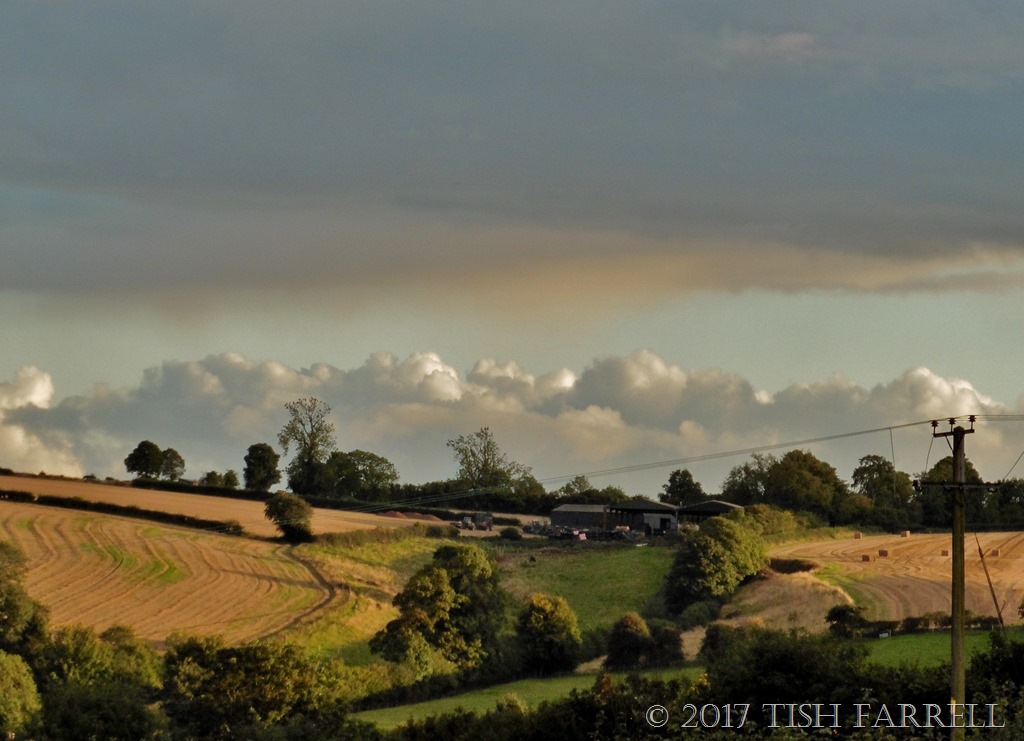 It’s the brief window of opportunity that comes when the wheat has been cut, and we Wenlockians can go in for a bit of unbridled scampering in the fields. Well, if not scampering exactly, at least walking up the hill behind the house for some fresh vistas of the town and its surroundings. I need to be quick. If past years are anything to go by, the ground will be harrowed and re-sown in the blink of an eye, so while I have the chance, I’m passing on some post-harvest views. I’ll also leave you with a paradox, because although we have good views around the town, within it there is an officially recognised deficiency in public open space; many of the footpaths that we use are permissive, that is to say, they are open only at the landowner’s discretion. In more ways than are often realised, feudal England, with its roots in patterns of Saxon landownership, still remains.

Here you can see three of the town’s medieval relics, from middle left to right: the priory ruins, the priory gate tower, and the parish church that was once part of the priory. The town grew up around the priory, its residents subject to its rule, both in terms of paying tithes and providing labour. The monastic domain was considerable, based on the possessions of the 7th century Saxon Abbess Milburga. Her lands extended several miles – beyond the River Severn and the Ironbridge Gorge and into Madeley in Telford in one direction, and to Broseley, near Bridgnorth in the other. She was also the daughter of a Mercian king, and the setting up of religious houses ruled by princesses appears to have been a common and cunning Saxon strategy for maintaining control over the territory claimed by their regional kingdoms. After the dissolution of the monasteries in 1542, the monastic estate was sold off to members of Henry VIII’s court and merchant opportunists. Today, most of the land around the town is still in the possession of two large landowners. We are however fortunate that a good stretch of Wenlock Edge is owned by the National Trust which provides everyone with free access to a very special place.

The Red House, and a ghostly farm labourer off for an evening pint at the George and Dragon Inn? 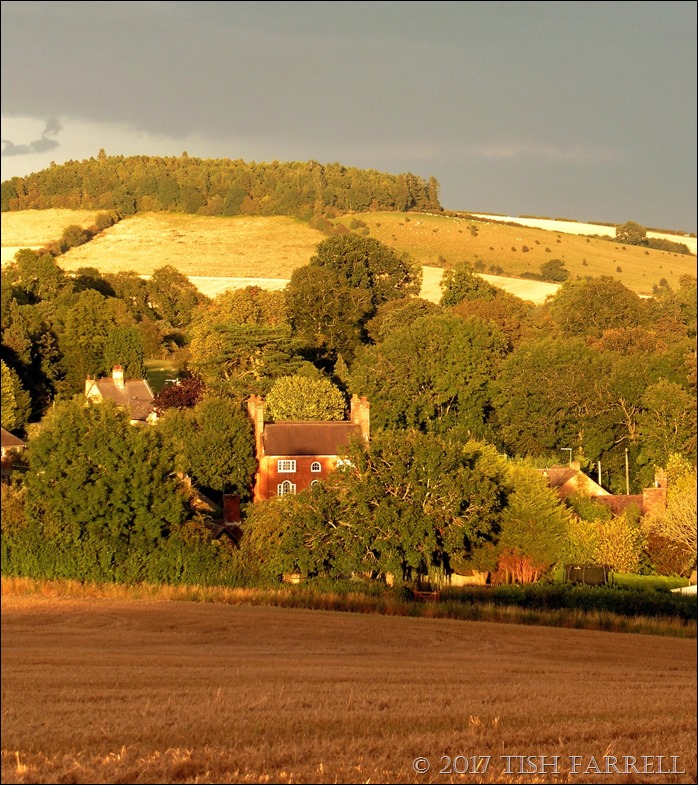 I’m old enough to remember the days when the post-harvest straw was stacked in teepee-like stooks, and the wheat grains had to be detached from their ears in a hulk-like threshing machine. The farmer whose house we rented when we lived in Cheshire, would have the itinerant threshing man park his contraption the other side of our garden wall. I remember a sense of menace when I looked out of the bedroom window and find it had arrived. Once in action, it would throb hideously all day, spewing out great storms of petrol fumes and wheat dust. 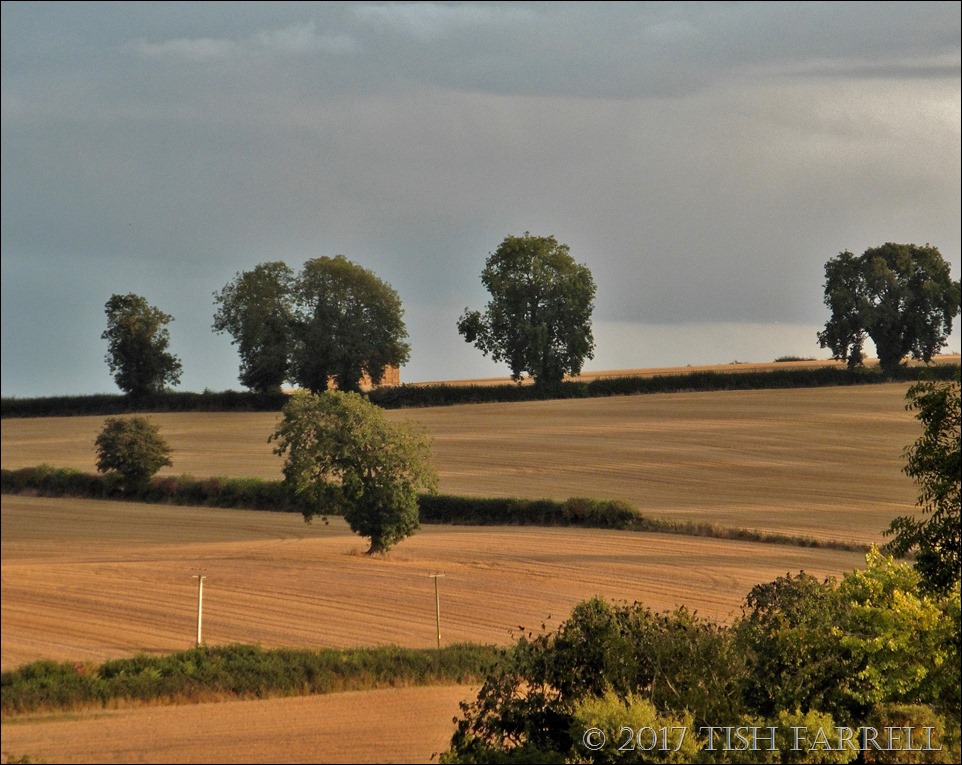 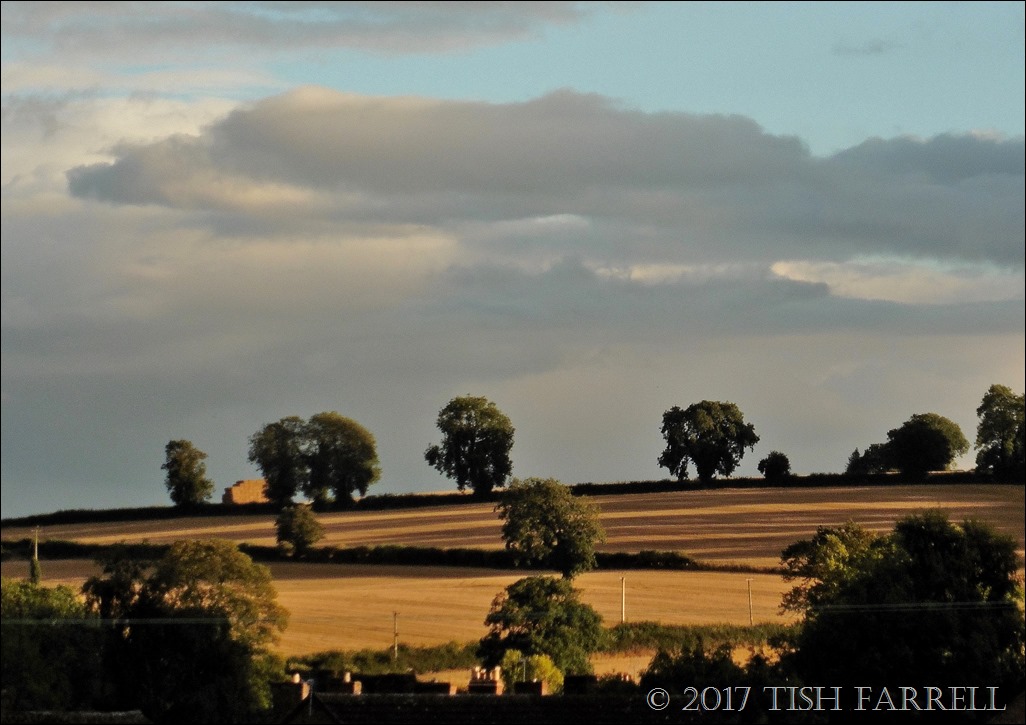 37 thoughts on “After The Harvest Around Much Wenlock”