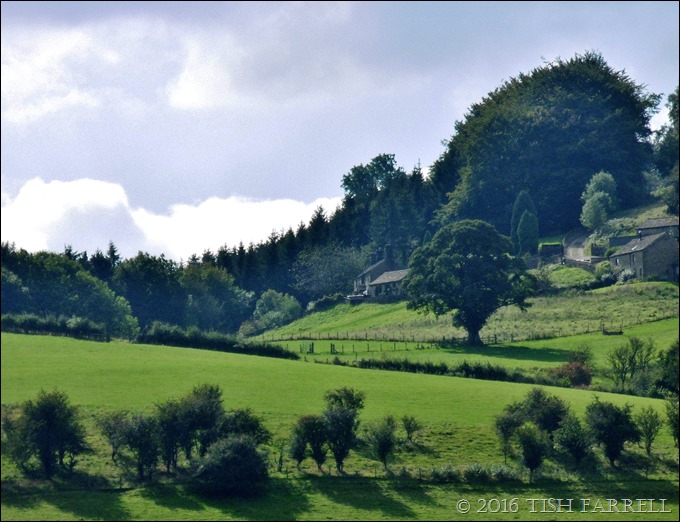 This was where I was last Thursday morning – not posting on Thursday’s Special, but trying to find a good spot on a field path outside Hathersage so I could photograph Callow Farm. This was the place where four generations of my Fox family ancestors were tenant farmers from around 1700 to 1892. Before that, during the late 1600s, they rented another Duke of Devonshire farm, The Oaks, up on the wilder heights of Offerton Moor, not far from Callow.

As you can see, the house (centre) is covertly situated, in the lee of the hill beside the wood. I had to use a lot of zoom, hence the hazy look, though such haziness is perhaps fitting for this piece of ancestral snooping. The more readily visible buildings on the right are the farm’s barns, now an upscale holiday let.

If you go to the previous post Stepping Stones Through Time you’ll find more of the story behind this photo. This was the reason why I  had hoped to cross the stepping stones, to achieve a closer view than this one. Ah well. Maybe next time.