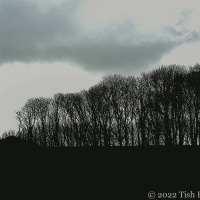 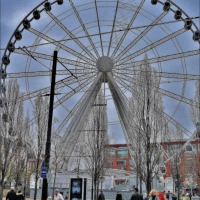 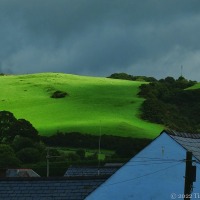 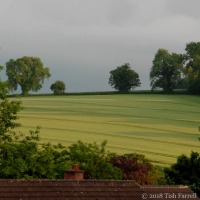 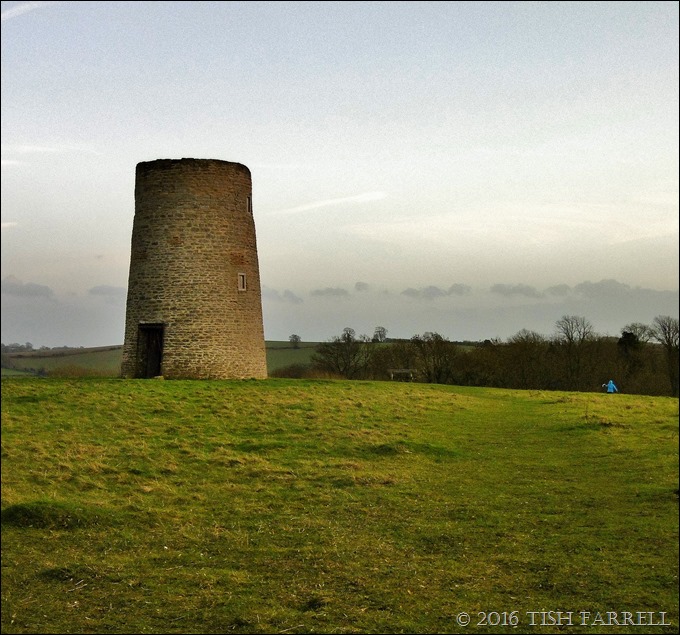 There are two Changing Seasons challenges over at  Cardinal Guzman’s.  It’s a monthly challenge and if you want to join in you can find the rules below.

For my February photo I’ve chosen this recent shot of Windmill Hill. I caught it – in this single shot – just as the sun was going down. The landscape is still wintery, but the strange light suggests the possibility of spring. Also the windmill seems more impressive than it usually does in broad daylight. It’s good to see its mysterious side; we actually know very little about how it looked and functioned in this, its 17th century phase, only that it was probably struck by lightning.

Our local archaeologist also thinks it may be standing on or near the site of an ancient trackway, although recent trial excavations have yielded no evidence to support this. But never mind. I anyway like the glimpse (far right) of the swiftly departing small figure in blue. It rather reminds me of Daphne du Maurier’s Don’t Look Now. And yes I know that was set in Venice, but the residual horror is enough to resonate here in Shropshire and so evoke the February chills.

You can see January’s Changing Seasons HERE. In this series I am featuring Windmill Hill and the nearby Linden Field where the world’s first modern Olympian Games were held from the 1850s onwards. The Much Wenlock Games inspired the present day Olympic Movement, a fact that is now recognized. That’s a big claim to fame for our very small town, and I think it’s worth bragging about at every opportunity. Windmill Hill provided a natural auditorium back in Victorian times. Spectators and competitors came from all over Britain, and from the 1860s they could arrive by train, the station conveniently sited beside the Linden Field where most of the events took place.

Please visit the Cardinal to see his and others’ changing seasons. And then join in, if not this month, then next.

Here are the Cardinal’s Rules:

«The Changing Seasons 2016» is a blogging challenge with two versions: the original (V1) which is purely photographic and the new version (V2) where you can allow yourself to be more artistic and post a painting, a recipe, a digital manipulation, or simply just one photo that you think represents the month. Anyone with a blog can join this challenge and it’ll run throughout 2016. It doesn’t matter if you couldn’t join the first month(s), late-comers are welcomed. These are the rules, but they’re not written in stone – you can always improvise, mix & match to suit your own liking:

These are the rules for Version 1 (The Changing Seasons V1):

These are the rules for Version 2 (The Changing Seasons V2):