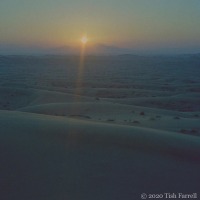 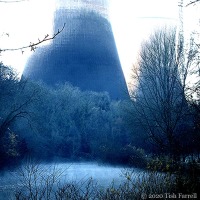 I learned a great deal about community when I was living in Kenya where it meant not only an affirmation of cultural identity, but also an expression of hospitality; the call to an absolute stranger of  “karibu,” “come on in!”

And so it proved to be one Christmas, when we spent a few days on the Indian Ocean island of Lamu. I suppose, in amongst the excitement of organising our flight there from Nairobi, I had wondered what it might be like to spend a Christian festival within a strongly Muslim community. Or perhaps I had gone there expecting simply to forget it. I know I had thought about clothing, packing only things that would not cause offence by too much inappropriate exposure.

But I had not expected to feel so  ‘gathered in’. From the moment we were picked up from the tiny Manda Island air field, and taken by dhow taxi to the Island Hotel in Shela Village we were quietly embraced by the locals.

Sensation was anyway heightened: it had just stopped raining as we stepped ashore and followed our guide up damp sandy paths. The sense of unobtrusive acceptance somehow fused with the scent of jasmine, the touch of steaming coral walls of deserted gardens and tumbled village houses, the warm salt breezes.

At five a.m. on Christmas Day we woke to the call to prayer at the local mosque.  Allahu akbar  filled our room, and unavoidably so when the roof was only a thin layer of palm thatch and three of the walls were open to the elements. It seemed a transforming moment somehow. I lay in the little Lamu bed, and listened to the village stirring to life around us, hee-hawing donkeys, the clatter of kitchen pots and pans, radios quietly playing. It seemed a community well set in its ways, and for many generations. Yet later, when we set out to walk along the long strand to Stone Town, we were greeted from every side by smiling locals. “Happy Christmas!” they cried. “Happy Christmas!”

View from ‘the pent-house suite’, the Island Hotel, Shela 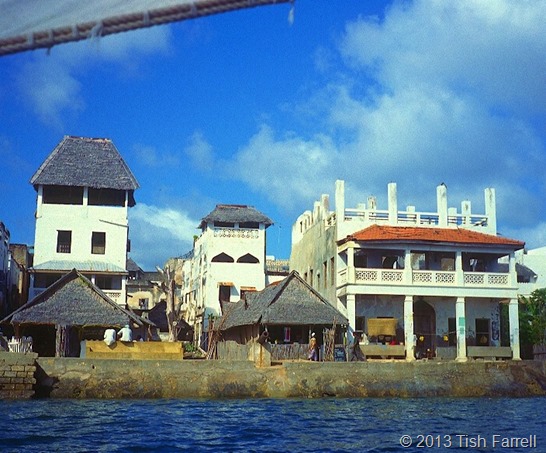 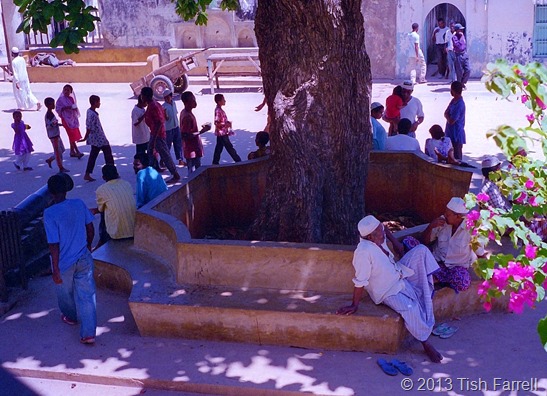 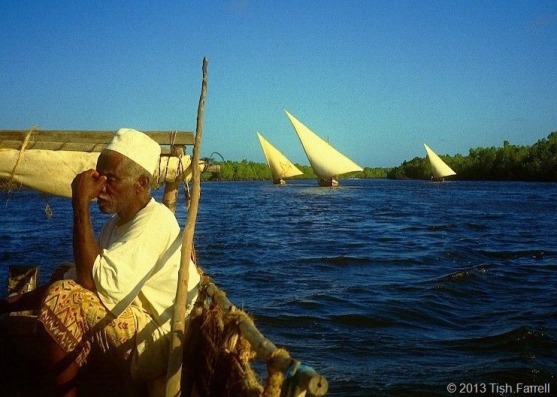 We went sailing with Uncle Lali: I see three ships…

Daily Prompt: Memories of holidays past

46 thoughts on “Christmas on Lamu: views of a Swahili Community”

Seasonal Living - with a family of seven