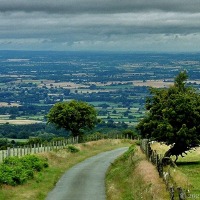 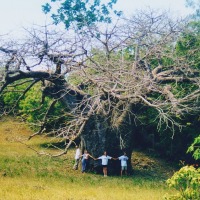 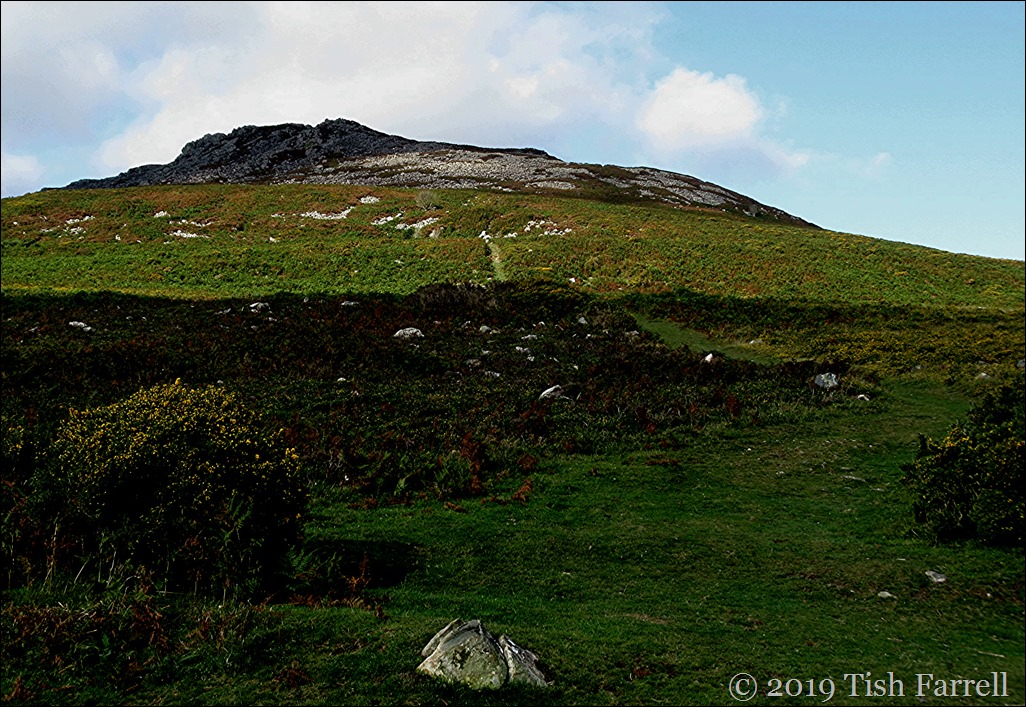 We were past it in a second – the road sign that warned of wild horses ahead. I blinked – mentally anyway. Had I seen such a sign before? The equine form black on white, lissom, tail whisking out, suggestive of a sprightly canter. And no sooner had I thought this, than there they were – in the flesh, and nothing less wild could be imagined. Two colts, flat out and dozing in September sunshine, while below the lush farmland of north Pembrokeshire joined them, stretching out and out. 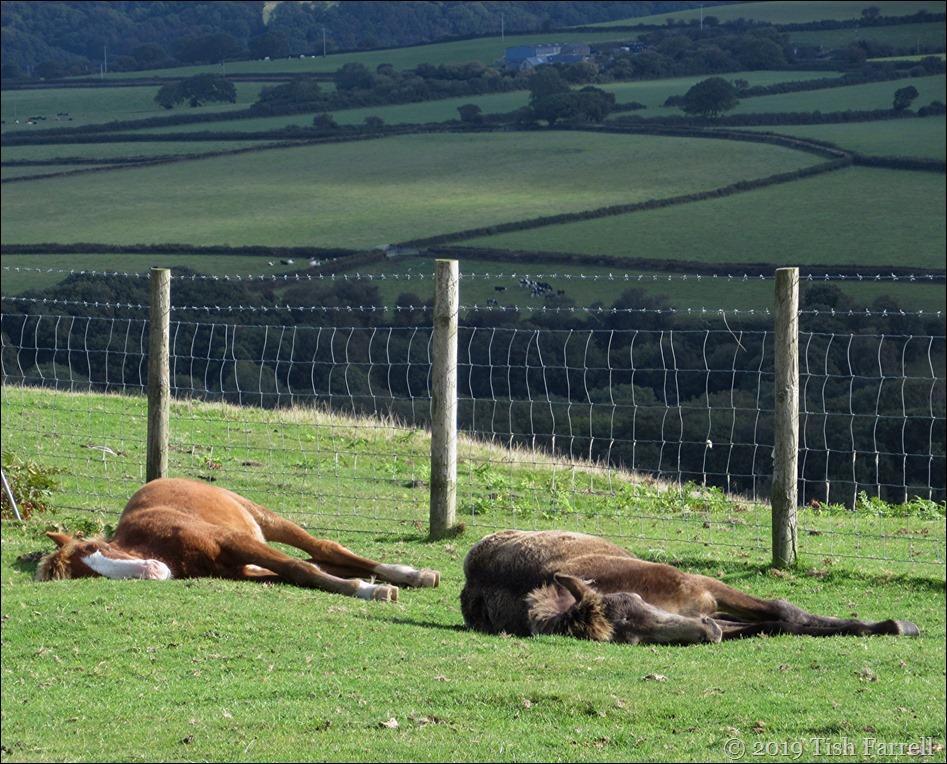 It was last Tuesday, just after breakfast, and we had taken the hill road out of Newport (Trefdraeth in Welsh) where we were having a few days’ holiday. My notion at least had been to climb Carn Ingli to explore the ramparts of the Iron Age hillfort that surrounds the summit. I’d read it was one of the largest hillforts in West Wales with traces of  25 hut circles within. A fortified village then, perhaps seasonally occupied.

And not only  this, there are also Bronze Age burial cairns and the suggestion too that the mountain top was first enclosed in Neolithic times. In fact the whole area, from coast  to hinterland and all across the Preseli Hills is littered with traces of prehistoric occupation: henges, standing stones, chambered tombs, hill- and promontory forts, burial cairns. The land of ancestors indeed, and for those of you who know your Stonehenge prehistory, you will recognise the name Preseli, and remember that the so-called bluestones of the inner circle were transported 140 miles from West Wales to Wiltshire. Recently the actual prehistoric quarry sites were discovered by a team of geologists and archaeologists. You can read the report here.

By the time we had gathered ourselves and tried to fathom the map, the wild horses had peaceably regrouped and we were joined by two mares, one in foal. Overhead the sun bore down very hotly for September; two ravens cronked and glided; the air filled with the scent of gorse and fading heather.

We set off up the track, eyed by a white-faced bullock. The path went up and up, past tumbled rocks which may or may not have been part of some ancient hut circle.

But the higher we went, the further we had to climb, and I was soon aware that he who is not so passionate about ancient relics was thinking thoughts that contained words like ‘wild goose chase’ and ‘hare-brained’. We gave it up, gazed awhile at the upland vistas and then drove on, wending on narrow lanes overhung with beech and hazel and ash, following the steep cleft of the Gwaun River valley down to Fishguard on the coast.

P.S. In case I’ve whetted you appetite for a better glimpse of the hillfort, coming up is a view taken a couple of days later when we attempted to climb up from the seaward side. You can make out weathered ramparts. Below is Nevern Estuary and the tiny settlement of Parrog Quay, once a thriving ship-building yard and port for nearby Newport.

Lens-Artists This week Amy asks us to show her countryside or small towns.

34 thoughts on “To The Mountain Of Angels ~ Mynydd Carn Ingli”