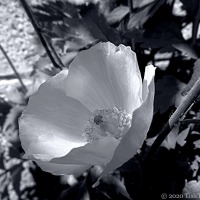 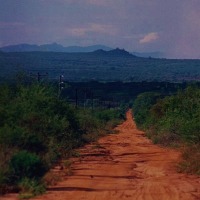 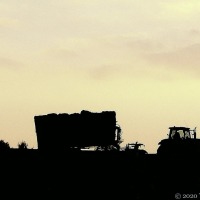 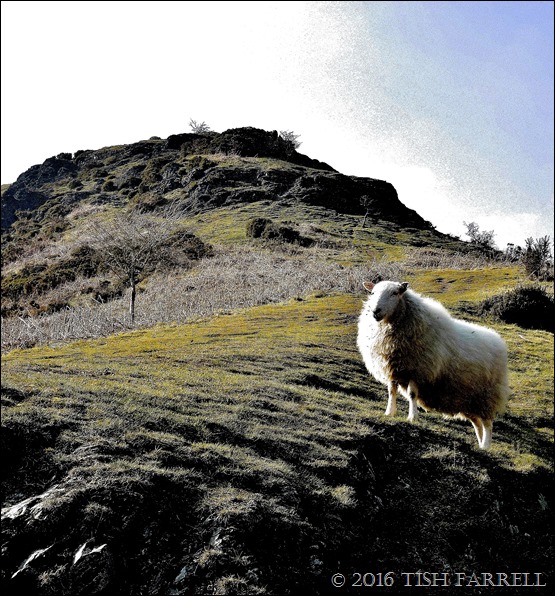 Not so much Monarch of the Glen as Sheep on the Long Mynd,  a hill so old that it has some Pre-Cambrian geology named after it. I’m talking here of Longmyndian shales, siltstones and sandstones (sedimentary rocks) that were laid down in shallow seas at a time when this part of the earth was moving up the planet from Antarctica.  This would be around 560-550 million years ago.

The Long Mynd (mynd means mountain in Welsh) lives up to its name too. It is a very long plateau with steep valleys, and was formed by a very big CRASH when sea levels fell and the seabed deposits collided with a plate of volcanic hills to the east. The result was the folding, tilting and compressing of the Longmyndian shales, siltstones and mudstones along the Church Stretton Fault. This was around 550-400 million years ago.

The Longmynd then continued to be knocked into the shape we see today by the following Ice Ages when glaciers shunted around its flanks, making it an island amongst frigid wastes. When the ice finally began to retreat around 30,000 years ago, rain and melting snow fed streams that cut steep valleys or ‘batches’ into the Mynd’s sides.

Isn’t geology wonderful when you forget about the hard words, the mind-boggling quantities of time, and just admire the consequences? 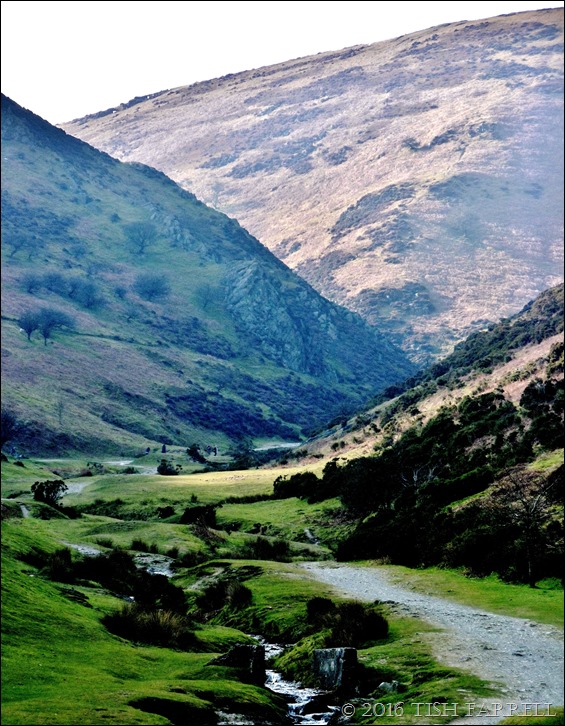 One of the Mynd’s best known features is Carding Mill Valley where these photos were taken. Since Victorian times it has been one of Shropshire’s most popular countryside resorts. Generations of Salopians (Shropshire folk) will have fond childhood memories of spending Bank Holiday Mondays picnicking there, feeding egg sandwiches to the sheep, getting soaked in the stream, and going home with green bottoms from sliding down the hillsides.

Today both valley and Long Mynd are in the guardianship of the National Trust that not only manages the landscape, but provides very excellent homemade refreshments in the Edwardian Pavilion tea-room  that’s coming up next.  If, while you are looking at that, you also scan towards the top of the hill, directly above the pavilion’s main roof, you might just discern the verge of a very hair-raising single-track road that takes you over the top of the Long Mynd to the small village of Rattlinghope, known locally as Ratchup. I have a grim memory of driving down there in a car with dodgy brakes, and only intermittent passing places beside precipitous drops. 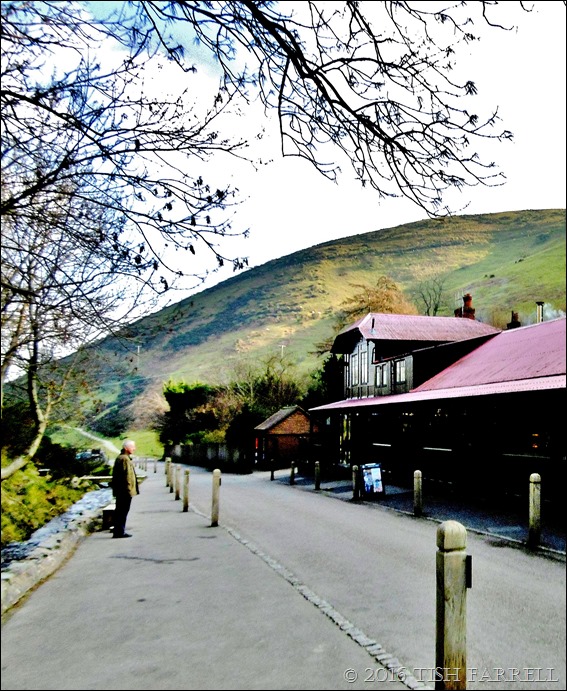 Unlike the geology, the landscape you see in the shots is not natural, but man-made. The valleys would once have been wooded. Archaeological finds from c 3,500-2000 BC indicate that Late Stone Age (Neolithic) people were travelling along the open top of the Long Mynd ridgeway, an ancient trade route between Cumbria in the north, Wales to the west, and Cornwall in the south-west. Earlier Mesolithic hunter-gatherers came this way too. But the main clearance probably took place during the Bronze Age (c.2,000-1,000 BC). These people farmed in the Shropshire Hills and buried their dead in cairns and burial mounds all along the ridgeway.

In the next photo you can just see the green ramparts of the Iron Age hillfort Bodbury Rings. It is lying right along the hilltop skyline towards the summit, and ending directly under the moon. This was a summer herding camp of the Cornovii people, and dates from around 400 BC. 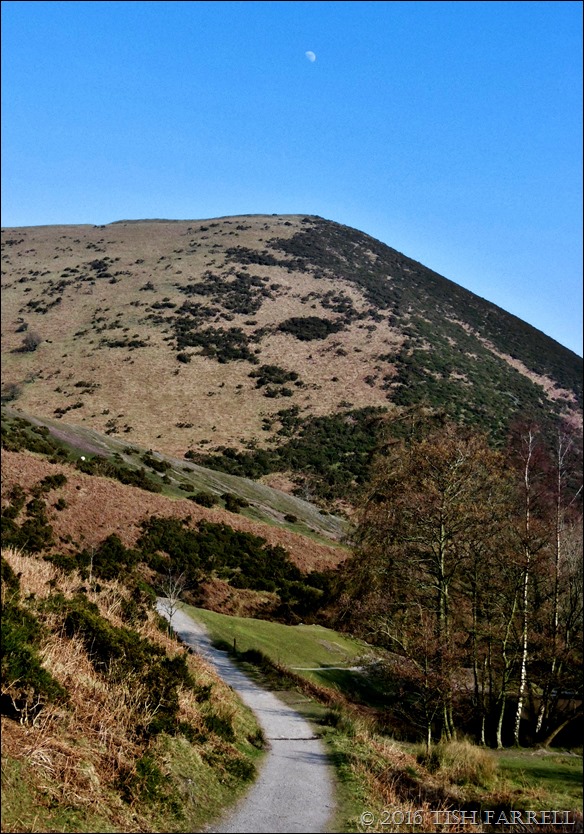 We may not know very much about the past peoples who lived and died in this landscape, but they did leave behind clues that showed us that they honoured it in significantly sacred ways. That would be a good thing to remember on this Earth Day. Much of the world is in dire need of loving care. We are lucky in Shropshire to have so many people, and charitable bodies who do take care of the place for everyone’s pleasure and inspiration.

I’m also linking this to Jo’s Monday Walk for when she’s regularly back with us. I think she would like this walk up Carding Mill Valley.

40 thoughts on “Happy Earth Day From The Shropshire Hills, Some Of The World’s Oldest Rock Formations”