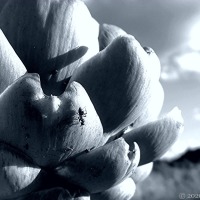 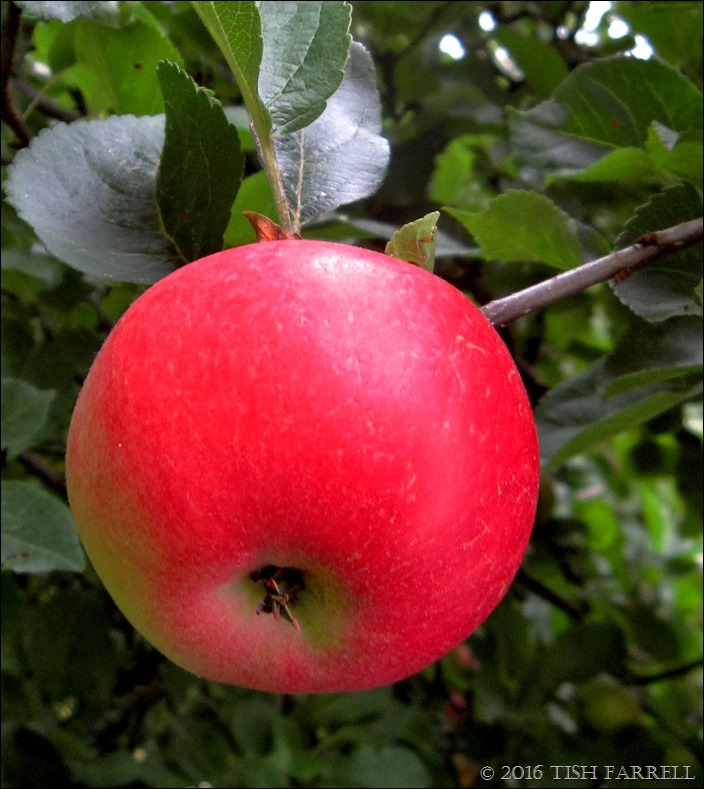 Who wouldn’t be tempted by such a perfect apple? I came upon it yesterday  as I was leaving the allotment. It’s growing on an very old and lovely tree that every year puts on its own magnificent Garden of Eden of show. We allotmenteers share the apples. They are crisp, juicy, sharp and sweet all at once. I don’t know the variety.

It’s important to  keep tabs on the crop though. The window of opportunity for gobbling is brief since the apples don’t keep very well. I’m already thinking that they might be good in Tarte Tatin that most delicious of French classic deserts.  I usually use Coxes Pippins later in the year, but since this August feels so autumnal, it’s an excellent excuse to make it sooner. I have a deep cast iron frying pan, which works a treat, both for the initial caramelizing of the apples on top of the cooker, and the final cooking with added the pastry lid inside the oven.

I should also say these apples have the most delicious fragrance too – lemon crisp. They anyway sum up August for me: the garden’s rich harvest.

Changing Seasons: August  Every month around the 20th Cardinal Guzman posts a Changing Seasons challenge. There are two variations to choose from, so follow the link for further instructions. They are easy-peasy.