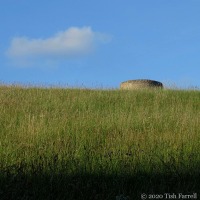 Being a writer can be wretched. (What did Douglas Adams say about it: staring at the page until your eyes bleed?) So in an attempt to stop my eyes bleeding, or my brain exploding I thought I would use this blog to write about the place where I am now (Shropshire) and the places where I used to be (Kenya). Sometimes they get mixed up together. But that doesn’t matter. Anyway, the literary analysts tell us that creating a convincing setting, that telling sense of place through which the human action threads and is revealed is crucial to any story – non fiction or fiction. So these are my practice pieces, then; a fending off of writer’s block perhaps. Who knows? Other stories might spring from them.

My published fiction includes short novels for the African Children’s literature market,  quick reads for unkeen teen readers, and short stories for Cricket, Spider and Cicada magazines. I’ve also written a young adult how-to-write series ‘Write your own…” which among other awards earned a special Golden Duck award for encouraging excellence in children’s Science Fiction writing. I take heart from the fact that JK Rowling has also won a Golden Duck in her time. It is a sign?