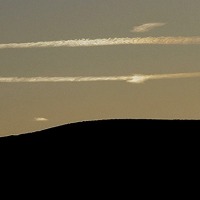 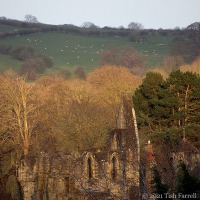 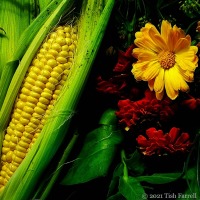 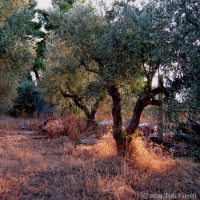 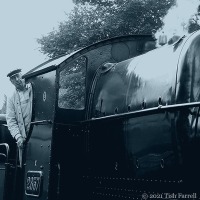 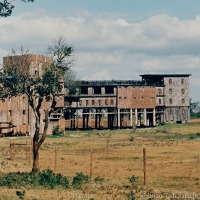 In response to Frizztext’s  ‘Tagged W’

Here are some scenes of the town where I live, Much Wenlock, a settlement continuously lived in for the last thousand years. For more of its history see my post Of Silurian Shores. 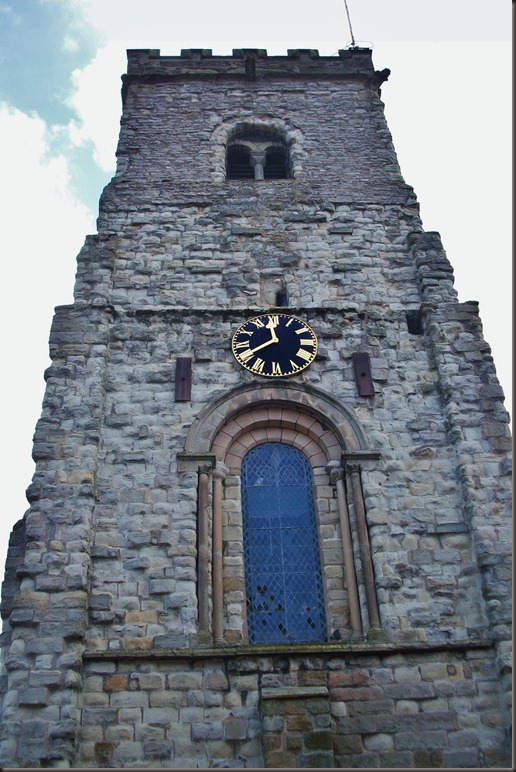 The town grew up around a medieval monastery. This is the tower of Holy Trinity church which survived Henry VIII’s Dissolution of the Monasteries in 1540. It has been our parish church since around 1100 AD. Originally it was part of the monastic complex. 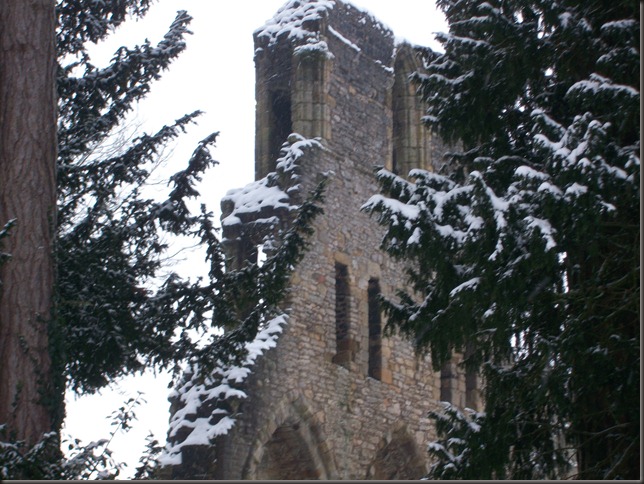 The Priory ruins are now owned by English Heritage. This twelfth century Cluniac Priory was once one of the largest religious houses in Europe. It was built on the site of a much earlier abbey founded in the seventh century by St Milburga, daughter of King Merewald of Mercia. England’s Norman rulers wished to cash in on the sanctity of St. Milburga’s remains as well as making a big architectural statement on the Saxon landscape. 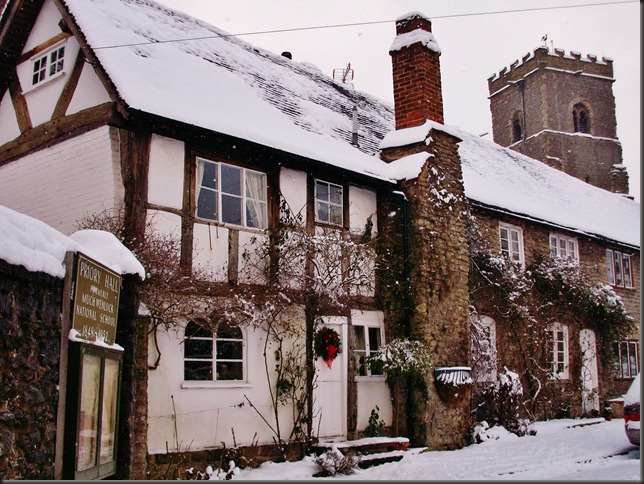 This is street is called The Bullring, once the place for bull-baiting, a popular local sport until the early 19th century. 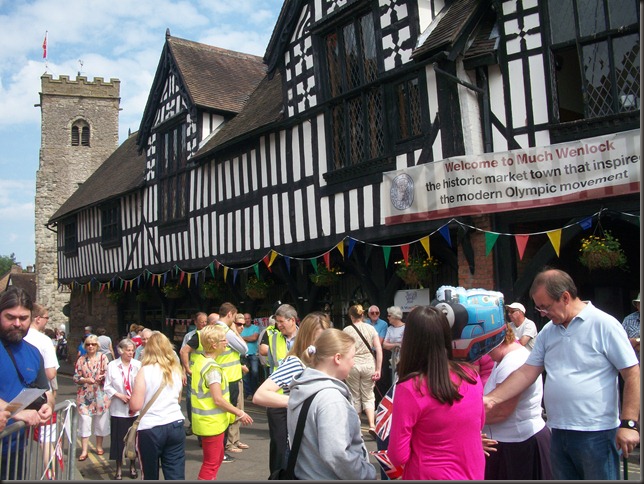 The Guildhall was built around 1540 as the court house to replace the monastic court after the Dissolution. Town Council meetings are still held here. The ground floor is used for various markets. In this photo, taken in 2012, townspeople are celebrating Much Wenlock’s Olympic Games connections. See Of wolf farts, windmills and the Wenlock Olympics. 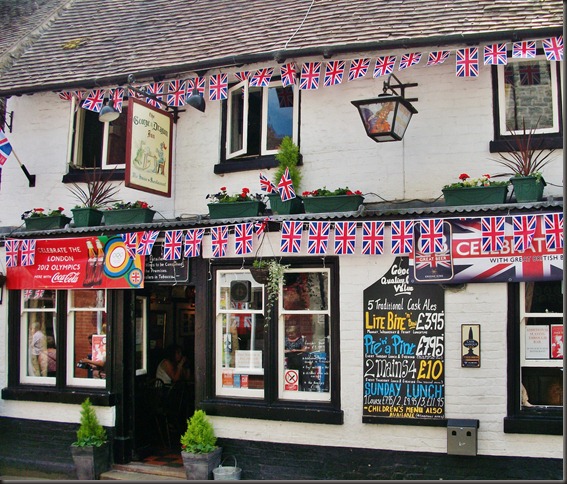 The George and Dragon is one of the few survivors of the town’s once numerous inns and public houses. The town’s main industries were limestone quarrying, lime burning and agriculture – all hard-working pursuits guaranteed to build up a thirst. 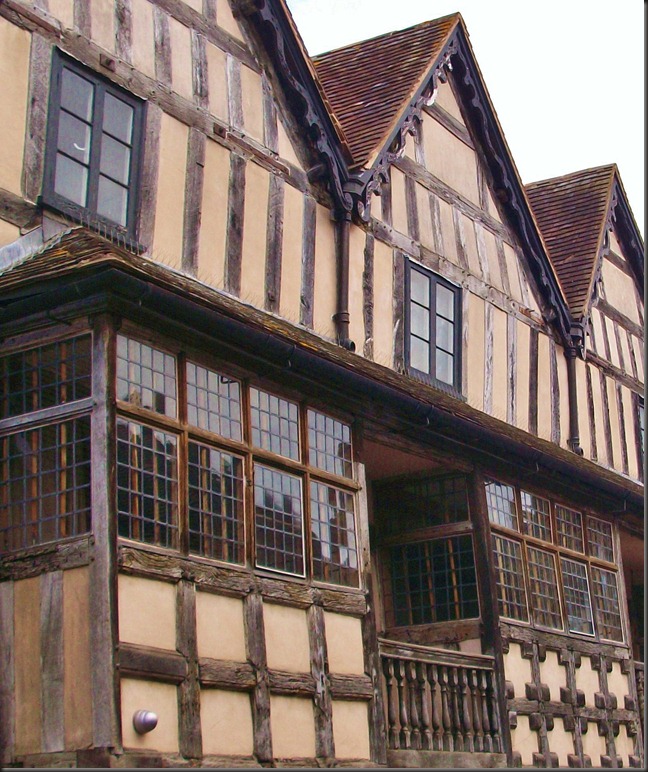 Raynald’s Mansion (above) on the High Street dates from around 1600. 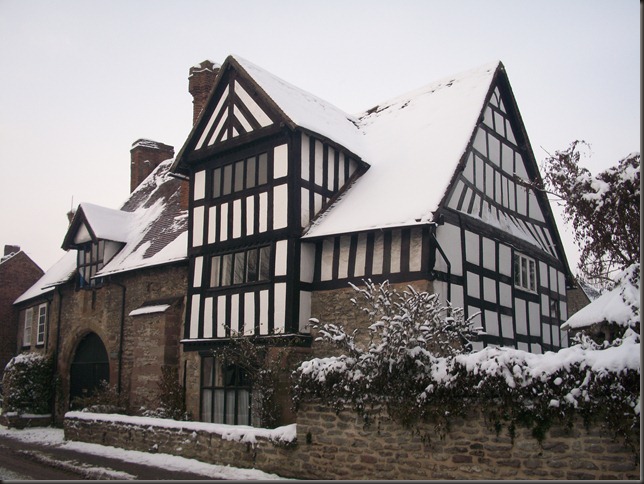 Ashfield Hall, also on the High Street, was built before 1421. It was possibly built on the site of St. John’s Hospital for ‘lost and naked beggars’. For a time is was the Blue Bell Inn and then a lodging house for itinerant labourers. (A History of Much Wenlock by Vivien Bellamy.) 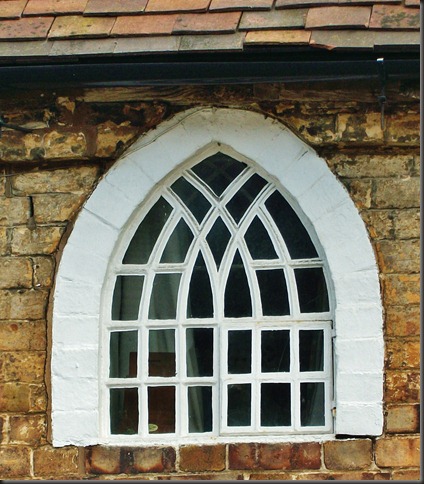 These ogival windows are a local ‘speciality’. 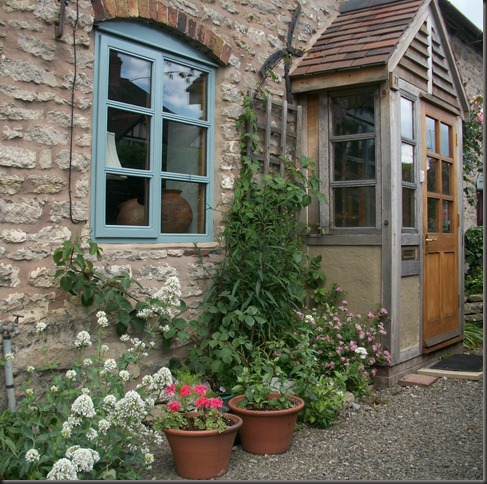 And some of my windows. 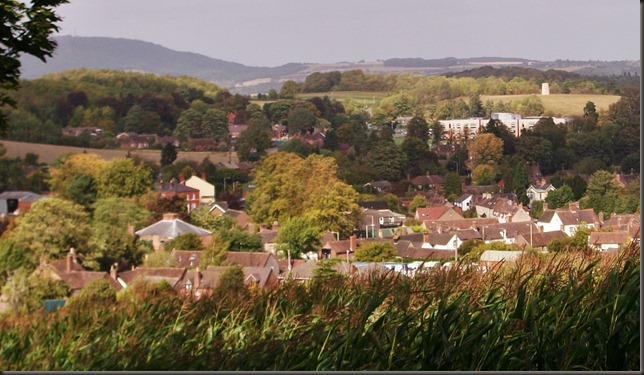 Looking down on the town from the south west, Windmill Hill top right, The Wrekin top left.

6 thoughts on “Windows in Wenlock”